The Accüsed AD
The Boneless Ones
Effits
With the knife-wielding, toothy-grinned Martha Splatterhead at their side, Seattle's own The Accüsed carved their way into the underground music scene by becoming one of the cornerstones of crossover music that melted faces in the 80s across the globe -- a punk/metal fusion that influenced some of the biggest acts in metal. The Accüsed AD features 3/4s of the original lineup and have proved the cult of splatter is alive and well! 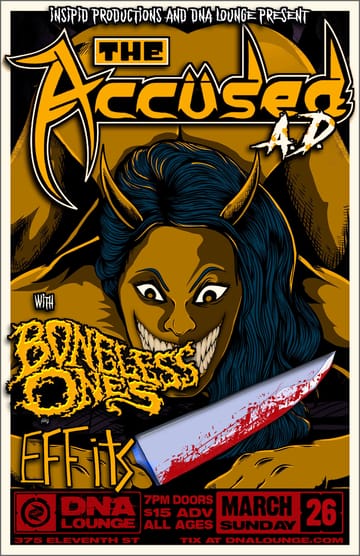 The Accüsed AD: Juego Terminado
The Boneless Ones: Back to the Grind
Effits: Kiss It