Before we enter dark days, join the blissfully unaware accidental phenomenon for The Last Time we'll be happy together. Eras end and even the sun goes down.

In the face of impending danger that only he can see, Doc Atrocity employs his strategy of love to sway Nurse Ratchet back under his cyborg wing, hoping to attain an important piece in the mysterious and deadly game soon to unfold. His guilt for opening the rift in reality after the sentient atomic bomb he created detonated itself at "Hoodslam: Forbidden Backdoor" has made him desperate for salvation and redemption. It is this desperation that will cause him to overlook the obvious flaws in his strategy; the mistake he never would have made before he stumbled back on the path to humanity. It looms over him like the blade of a guillotine, but it's not his head on the block, it's his heart. 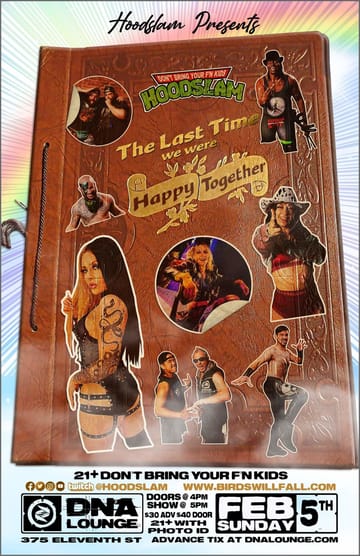