Norma Jean
Fire From the Gods
Greyhaven
Norma Jean is an American progressive heavy rock band, originally from Atlanta, Georgia and currently based in Fort Smith, Arkansas. After nearly 20 years, the band identifies more as an artistic collective than a traditional band. To date, Norma Jean has released seven studio albums and received a Grammy Award nomination in 2006.

Fire From The Gods is powerful enough to move the crowd and raise the spirit at the same time. Armed with a sound drawing from Active Rock, brutal metalcore, stage-diving punk, and socially conscious hiphop, Fire From The Gods quickly earned the attention of an ever-growing legion of underground supporters and multi-platinum musicians alike. The band's outlook and attitude within their music electrify the air around them.

Greyhaven's debut full-length, Cult America, was released in 2014 and has since enjoyed a steady increase in revarance from fans and critics alike. On Cult America, Greyhaven came close to achieving the sound they've sought since beginning their careers in music. With four more years of creative maturity in hand, the members of Greyhaven were able to precisely pinpoint their intentions on Empty Black, resulting in a collection of songs that brings to fruition their vision of a rock record that could withstand the test of time. 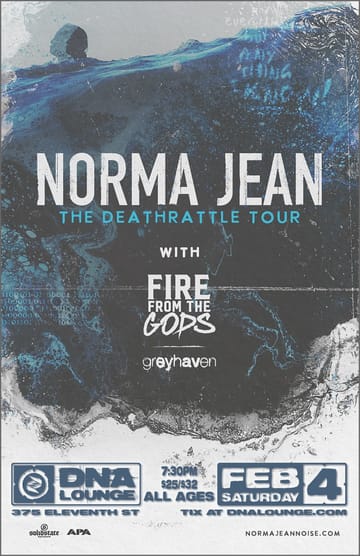