We are sorry to report that Hideous Divinity will not be performing.
Batushka (Батюшка) is a Polish black metal band formed by Krzysztof Drabikowski. Their music and lyrics, which are written exclusively in Old Church Slavonic language, are inspired by the Eastern Orthodox Church. The band members wear habits and Eastern Orthodox schemas during live performances to conceal their identities. In contrast with many other black metal bands, they use eight-string guitars. 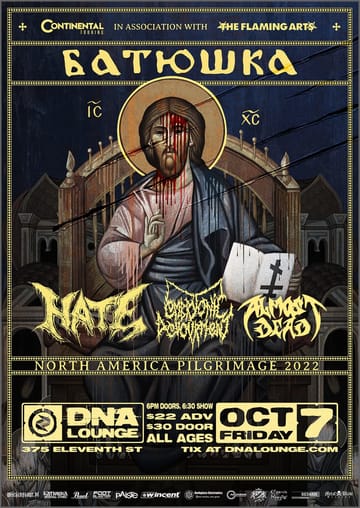