Gravedgr
Lit Lords
J.Slai
Fadead
Smiley
Sidehvstle
PaceMKR
Outcast
From the dark dank of the cemetery comes Gravedgr, a DJ/producer who claims to have actually worked digging graves. Bucket hat pulled down and mask pulled all the way up makes Gravedgr an anonymous, elusive type - he cuts quite a figure as he mans the stage (the shovel he brings out for press photos adds to the ominous vibes). Hard yet sometimes trappy, Gravedgr doesn't ignore his darker undertones, instead embracing them and weaving them into a heady hardstyle set that is sure to keep you moving. Tracks range from moody and melodic to absolutely bonkers aggression, sometimes all in one song. Collabs and friendships with high profile artists (DJ Carnage, Junkie Kid, Lil Texas) seem to point to the fact that this anonymous kid from seemingly nowhere has a past in the EDM scene. We really can't say for sure who Gravedgr is - but we can guarantee a good time and perhaps a little mosh pit if you're lucky.

Worlds collide when Lit Lords (Isaiah and Wade) take the stage. Kings of EDM but with musical roots that run the gamut from heavy metal to R&B, it's not surprising that Lit Lords can make heavy trap with little tastes of everything: future house, drum and bass, club music. Known for their breathtaking drops, the duo has been steadily building their fan base over the last few years, bringing an old style twist to their hard trap sounds. Even though Wade is taking a break from the shows, Lit Lords as a project is still very much ready to rock you. Live, Isaiah is manning the rig so expect wild lights, relentless beats, and all the heavy trap you can handle. 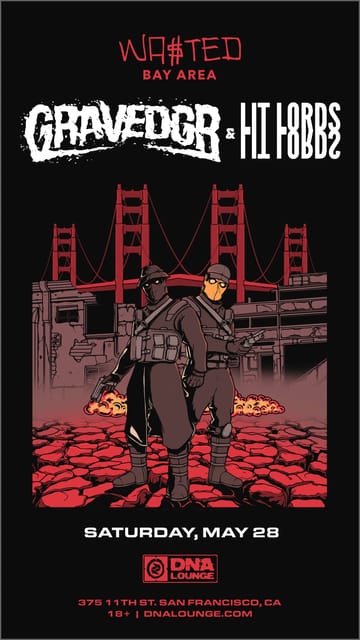