Dazzle$
Quinlo
Cloudii
Molotok
...plus open decks
Dubstep producer Autokorekt from San Diego, California is no stranger to the bass scene. If he's not hanging doing shows with the 40oz cult across the country you can find him deep in his studio making the next big hit. The rise has been quick for him but he's not done yet, with an arsenal of huge collabs waiting to be released in the end of 2022. The year 2023 can't come soon enough for rising star AutoKorekt as it is for sure to be his biggest year yet.

Having produced bass music for over a decade, producer, MC, DJ, and Beatboxer Crowell has one goal in mind: to bring the most filthy riddims you've ever heard. A sonic scientist in the studio and a bass landslide on stage, Crowell is one DJ you do not want to miss! 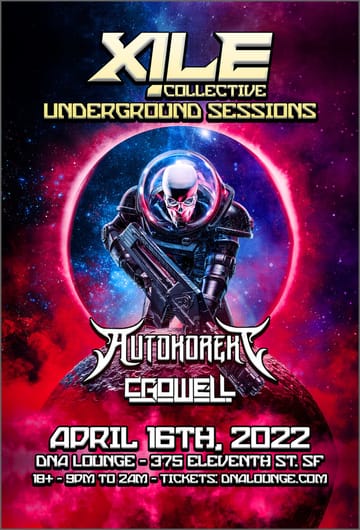