Rvmos
Trim
Ghloom
Kendro
Snaq
Midnight5olstice
Ramon Pang is a left-field trap producer exploring genres in Los Angeles. His experimentation with sound began in 2016, when he fell in love with the trap genre and its simplicity, proceeding to sequence his own beats in Ableton. After playing Brownies and Lemonade's Riverside B&L End of the School Year Party in 2017, RamonPang began creating his own fusion of idyllic sampling melded together with hard trap beats for a glimmering, introspective new take on the genre.

His debut album Nature System received rave reviews from electronic music blogs, praised as "pure, unadulterated experimentation", "a progressive take on abstract sounds through niche genre-blending" and "complementing the beauty and struggles of nature itself". Nature System is a dive into this enchanted world of experimental sounds, pairing delicate harps and soft synths with rattling, emotive rhythms, as showcased on its lead singles Thin Sand.

RamonPang's artistic vision extends to his forum-signature/metalheart-inspired artwork, which he designs for all of his own releases.

When it comes to samples, RamonPang is unafraid to manipulate and chop up a wide variety of sounds. His creative risk-taking paid off as he caught the attention of Baauer, winning his Twitch-streamed beat battle judged by Mura Masa and coming in second place in the beat battle judged by Four Tet. RamonPang has also received the support of Louis the Child, Nina Las Vegas, Djemba Djemba, Floating Points, and Hex Cougar. 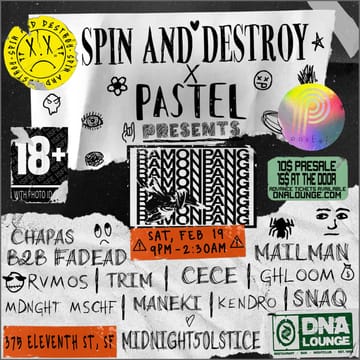