Rhythmics
T2Kazuya
Synthion
Voia
Dylan James
Om_Neb
Ravers and rhythm gamers: step into a celebration of arcade dance culture and epic bangers! We're on a journey from electro house to dubstep, happy hardcore and beyond! Join artists and DJs from underground dance game Club Fantastic for an athletic rave event! Stomp to the beat on the dance floor - or on the dance machine in the back!

Rhythmics made his mark on the US Hardcore scene with a polished, updated sound he called Hardcore Rave. Now, he's taking it a step further with an epic live show infused with breaks, future bass and trap!

T2Kazuya entered the worldwide stage with his legendary hardcore remix of Porter Robinson's Language. Since then, he's developed a post-Edm, futuristic style born from a lifetime of dance music production. Expand your mind and move your body to the next level of hardcore!

Synthion's high energy, high emotion dance music made waves in the indie electronic scenes in the US and Japan. Signed to the Osaka, Japan-based Megarex label, she's a shooting star with global synth power!

Voia: singer, songwriter, dance music producer and Vtuber. If you're a rhythm gamer, that's all you need to know!

Dylan James forms the musical backbone of Club Fantastic, the underground dance rhythm game taking the competitive scene by storm. His bangin' sets blow up with a blend of hiphop, trap, K-Pop, and whatever makes the crowd go crazy! 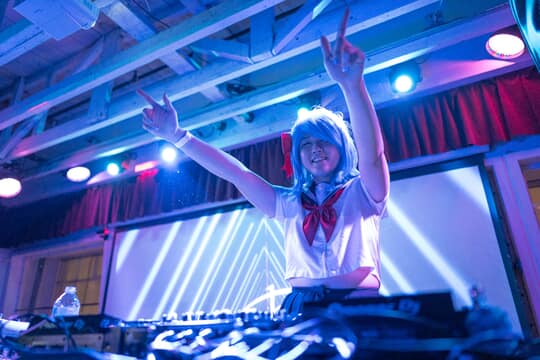 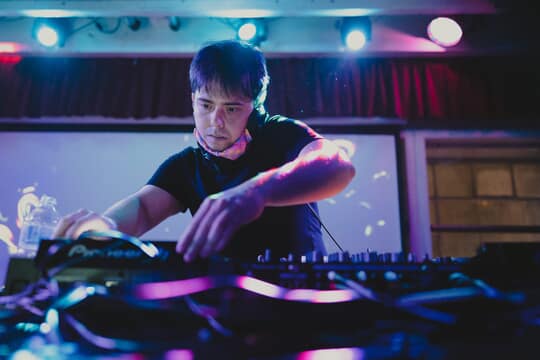 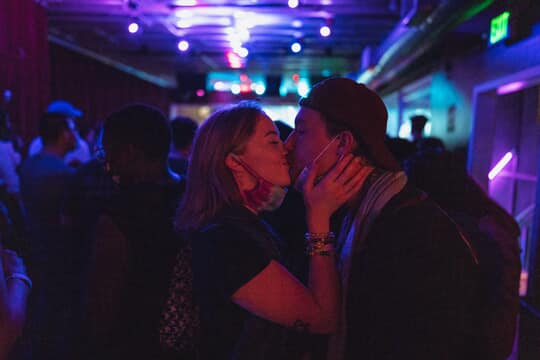 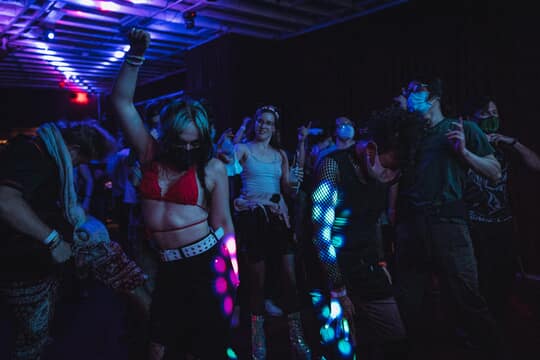 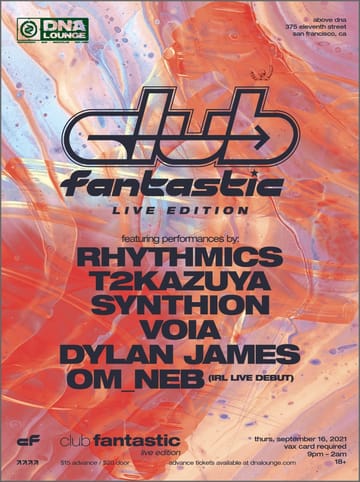