Eyehategod
Negative Approach
Sheer Terror
The Accused AD
Final Conflict
New Orleans has produced some mighty fine music in all genres, so it should be no surprise that the elder statesmen of sludge metal hail from the big easy. After all, sludge and swampland go hand in hand. Maintaining an aggressive, ear assaulting repertoire for more than three decades (even after the death of founding member Joey LaCaze) is not only laudable, it is a service to metalheads of all ages. Who would bear the flag of all that is chaotic, loud, and dangerous in art if not Eyehategod? This is bleak metal even for metal fans - and therein lies its charm. Singles with titles like "New Orleans Is The New Vietnam" and "I Am The Gestapo" display the band's misanthropic ethos, if you had any doubt. Never one to settle in, Eyehategod has been punk enough to keep ripping through the years with abandon, releasing their self-titled album in 2014 after a decade with no studio albums. The live set (which is abrasive to say the least) may feel oppressive to the uninitiated, but to metal fans it is pure joy.

If any city can compete with New Orleans for both thrills and danger, it is Detroit. And Detroit's Negative Approach has carved itself an appropriate legend in the punk world with short, aggressive songs that would influence all the bands that came after. Howling vocals lambasting just about everything, punchy drums, and rage (lots of rage) are the calling cards of Negative Approach. Negative Approach has a sound that is out to fuck people up, it's brutal and beautiful - and ready to fight. The band burned brightly for a few years, then shattered and scattered to the wind leaving anthems that both teenagers and the people who used to be teenagers can appreciate. Luckily, we live in the age of reunions and are able to see these punk icons in the flesh. When Touch and Go records came calling for their anniversary, Negative Approach answered. Singer John Brannon, arguably one of the biggest names in original hardcore, is no longer the bald, intense twenty-something, but is still the voice (and blood and guts) of punk.
Photo Gallery: 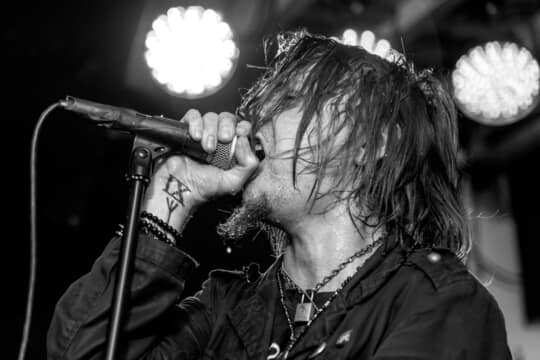 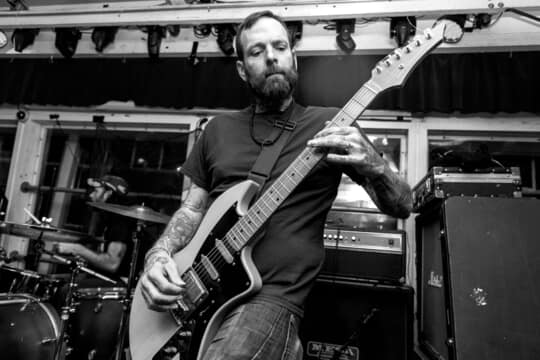 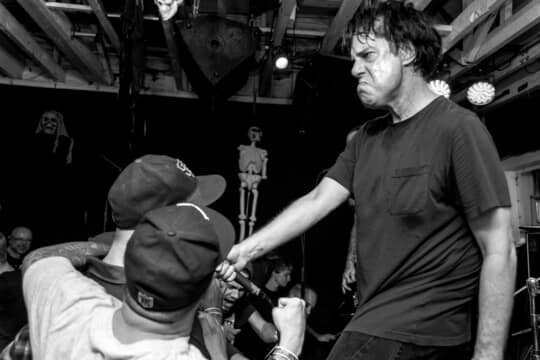 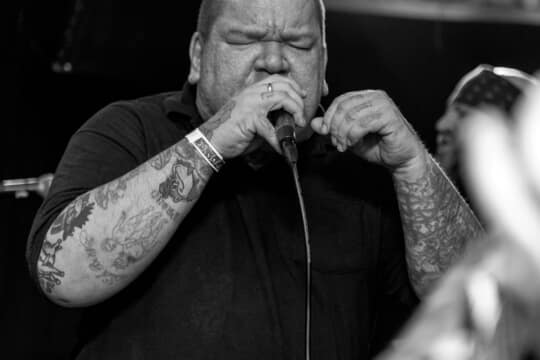 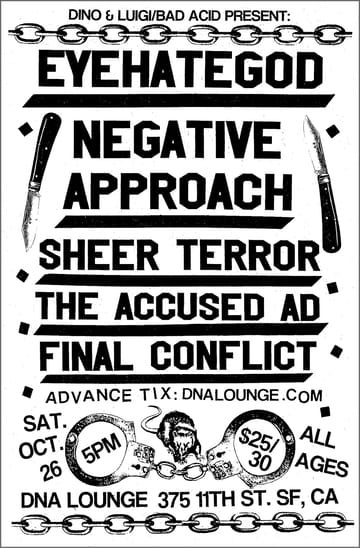