Pop Will Eat Itself will not be performing -- they didn't get their visas in time.


VIP ticket includes:
Test Dept's formation in 1981 in the decaying docklands of South London, was an urgent reaction to the materialistic drift and reactionary conservatism of the prevailing musical and political culture. TD rejected the conventional and developed a style that reflected the decay of their surroundings scavenging the unregenerated wastelands for raw materials, and transforming found industrial items into designed, sculptural instruments. Suitably armed they forged a hard rhythmic sonic battery, fusing found sound samples and cutting edge electronics in the construction of a dynamic physical totality. Their infamous sonic assaults were challenging and demanding for audience and performers alike, a test of physical endurance that journeyed through the sonic pain threshold and into a cathartic energy release. The 'Stakhanovite Sound' was a furnace that forged an attitude of total collective commitment, embracing the spirit of punk with an avant-revolutionary sensibility that sought to challenge the status quo. It was the antithesis of commercial record industry values.

There Is nothing quintessentially Australian about Severed Heads, which is one of the group's strengths. Predominantly a vehicle for Sydneysider Tom Ellard, the best Severed Heads tracks are strange, subliminally malignant fever dreams you can dance to. Aided by a roster of frequently changing collaborators, Ellard's sharp pop sensibility worked best when it clashed with the group's eerie synth arrangements. It sounded of another world. Severed Heads is many things: a dance group, pop group, experimental group, but above all else Severed Heads is weird. Unforgivingly synthetic and often garishly detailed, Ellard's productions never strive for commonly prized characteristics such as warmth or humanity. Severed Heads is icy and unsentimental, but it's also very funny. It's inhuman, but it's not dead.

Paul Barker Min-Dub-Soundsystem: Paul Ion Barker is a producer, composer and touring musician. His extensive production and writing work with Ministry extended from 1985 through 2004. He has been involved with bringing a wide range of other musical projects into fruition: Lard, Pailhead, Revolting Cocks, Flowering Blight, USSA, I Love You But I've Chosen Darkness, Malekko, Lead into Gold, & recently as a touring member of Puscifer.

Icelandic trio Kælan Mikla got an unlikely start trying their hand with moody synths and post-punk at a poetry slam. The results are co-signed by The Cure frontman Robert Smith, who included them on the Meltdown Festival lineup he curated. The Icelandic trio of Laufey Soffia, Sólveig Matthildur-Kristjánsdóttir and Margrét Rósa Dóru-Harrysdóttir, trade-in poetry, darkened post-punk, moody synths, and hypnotic bass that would sound as much at home at a warehouse all-nighter as they do in a sweaty rock venue. All three bandmates contribute vocals: lead singer Laufey's alternately collected, half-spoken punk snarl, and tormented, hair-raising screams mixed with Solveig's powerful melodies, and an occasional flair from Margrét seems to ignite the dark spells of their music, and though their delivery is a touch theatrical, their rawness and charisma are enough to convert the staunchest non-believer in their direction.

Starting with heavy club play in San Francisco, Vore Aurora are quickly changing the landscape of electronic music in the Bay Area. Jonah Phillips on synths and drums, and A'llisabeth Barrett on vocals, form a group of musicians that turn cold wave music into burning lava. This is all about typical American electro sound that may reach your ears warm and A-class on the hardware, along with their ace on the table: A'Lizzabeth Barret's vocals, so warm and passionate, whilst performing a character and letting the Californian whining on the guitar to embrace her vocals. Listen to their musings and the arrangements they make or how that cold wave has the structure to cause the listener to take off. I shouldn't forget to mention the lyrics: they judge and grieve, and they command.
Photo Gallery: 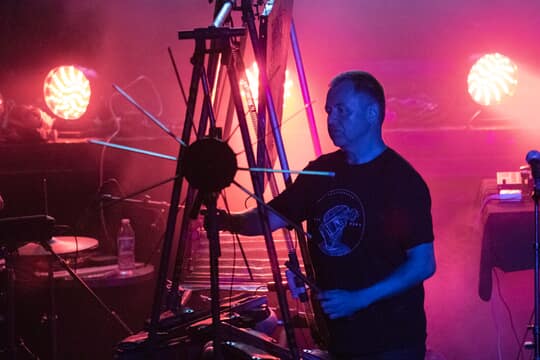 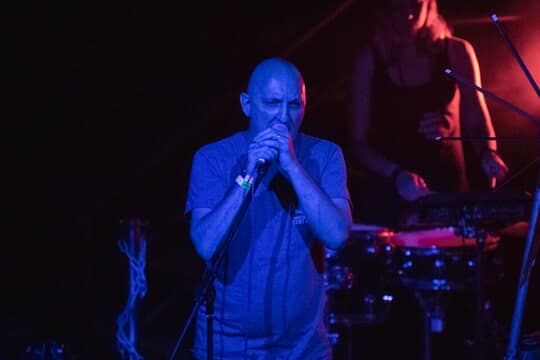 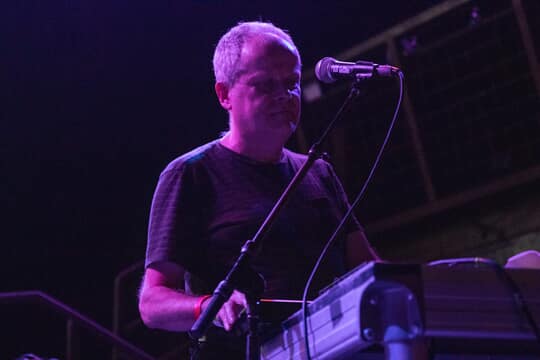 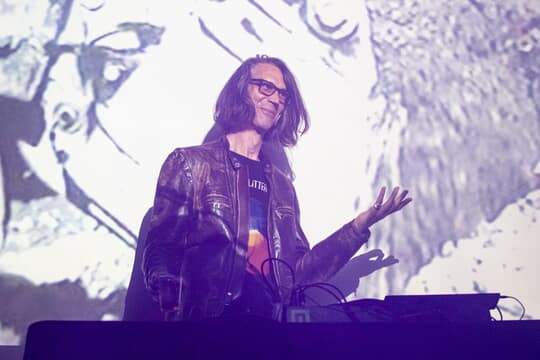 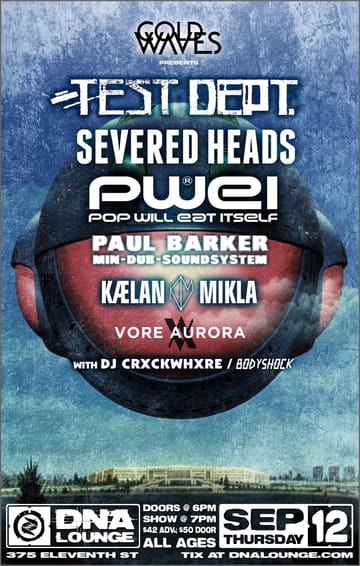