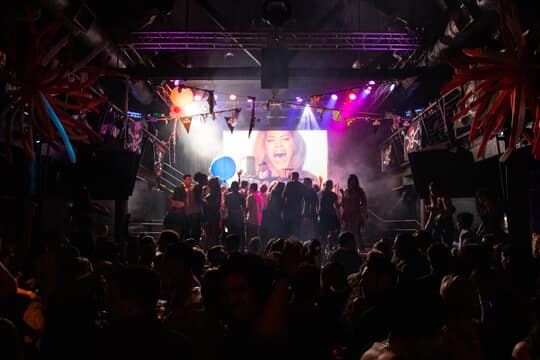 Myster C
Mr. Washington
The Martians are back! Bootie Mashup's favorite mashup duo, DJs From Mars, drop in from Italy for a special showcase set. Remixing pop and rock hits into their own singular "alien electro" sound, DJs From Mars have seen their star rise over the past few years, garnering over 90 million views on YouTube, and getting their own spot on DJ Mag's "Top 100 DJs" list.

In the last nine years, they've toured practically non-stop, playing over 100 shows a year on five continents. Most recently, their single "Gam Gam" reached the Top 20 on the Billbaord Hot Dance/Electronic Songs chart. They've produced remixes for the likes of Sean Paul, Pitbull, Ciara, and more, and their tracks are supported by some of the biggest DJs in the world, including Tiesto, Steve Aoki, Afrojack, Carl Cox, and David Guetta, for whom they produced a megamashup last year, mixing all his greatest hits in eight minutes.

Spinning the best mashups in the world ever, Bootie Mashup was launched in San Francisco in 2003, shamelessly mixing and matching pop songs both throwback and current. With its creative theme parties and clever mashup formula, Bootie Mashup has been winning numerous nightlife awards in multiple cities for over 15 years. Its fun, danceable song combinations are the soundtrack for the A.D.D. generation. 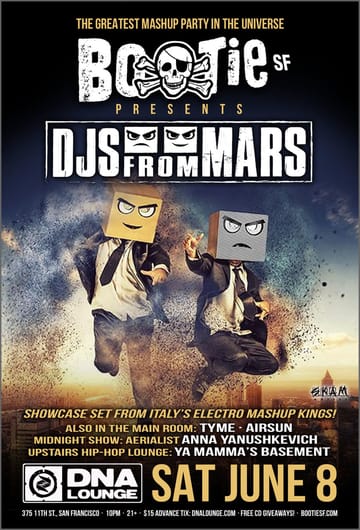