Pyroglyphix
Sonic Fuzion
Solar Heaven
Northern Soul
Padd
Johan Gielen is universally recognized as a pioneer and legend of the global trance scene. The word "legend" is at times thrown around too freely these days, but in the world of dance music the Johan Gielen name is engrained deep into the DNA of the trance genre - he's a founding father of the sound as a producer and DJ, an inspiration to fans and peers alike, and remains a highly energized and influential driving force in the scene today.

There's no better artist to deliver a Trance Classics set than Johan Gielen and he's delighted to deliver the sounds that the fans demand! 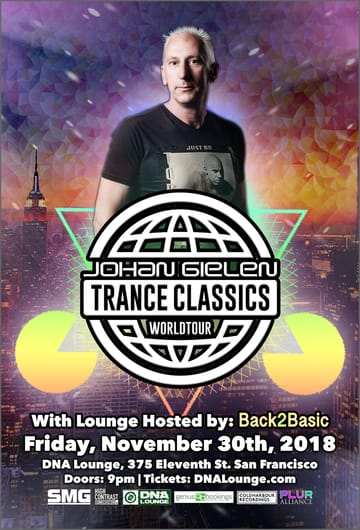