Red City Radio
Typesetter
Kali Masi
Hurtling out of Oklahoma City in whirlwind of dust and fire, Red City Radio have been making quite a stir since the release of their 2009 debut EP, To The Sons And Daughters Of Woody Guthrie. Playing socially aware, emotionally driven rock 'n' roll, the band have followed through on the promise of that EP to produce incredibly impressive and ambitious albums. Dominated by raucous, gruff-voiced sing-alongs that are as catchy as they are brash and as anthemic as they are rebellious, this band is the product of four songwriters sharing an undeterred sense of purpose and being. While that four-way dynamic does run risk of diffusing and diluting the power of their songs, Red City Radio have succeeded in channeling their disparate parts into something singular and unified.

While they might self-identify as a "brewgaze" band, Chicago's Typesetter really play a strain of punk rock that's loud yet introspective, catchy yet passionate-some easy reference points would be the Menzingers and Restorations.

In a basement in the Chicago suburbs where mildew crept up the wood-paneled walls, Kali Masi began writing. The band carved out a sonic space between the urgency of the punk and hardcore bands that were their foundation and the Midwestern Emo breeze that was sweeping through the band members respective towns at the time. But they also wanted to provide a counterpoint for the evergreen music scene that thrives in Chicago; to move with the current but never float on the surface. So, they dug in their heels and started pushing and wrote as many songs as they could in as many ways that they hadn't heard before. 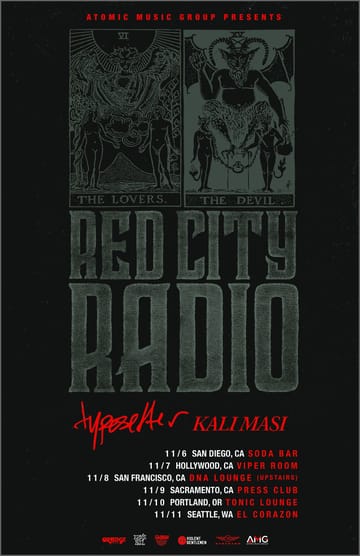