MC Lars
MC Frontalot
Mega Ran
Schaffer The Dark Lord
In the ten plus years that have followed his debut release, the "Laptop EP", Northern California rapper, MC Lars has independently produced and released three full-length albums, four EPs, and a number of mix tapes with contributors like Krs One, K-Flay and opened shows for Nas and Snoop Dogg. Having been labeled as one of the pioneers of the underground "nerdcore hip-hop" subgenre, Lars has recently expanded from the studio to the classroom with visiting scholar/teacher residencies at USC and across the US in Nantucket, Florida, California, Alaska, and Kansas. Lars has found joy in educating young people about "lit-hop", a subject term he coined to highlight the connections between literature, classical poetry, and the cultural history of rap. Lars' latest, The Zombie Dinosaur LP features guest appearances by Watsky, Kool Keith, and Less than Jake's Roger Lima and tackles such topics as post-feminism, in a nod to Game of Thrones ("Dragon Blood"); disappointing reunion bands with very few of their original members ("Sublime with Rome is Not the Same thing as Sublime"); hipster parenting ("Hipster Mom"); and the current state of EDM ("Signing Dubstep").

MC Frontalot spent the last twenty years getting over being bad at kickball and being called a "nerd" by rapping into a computer and to his Star Wars acton figures. Thus began the sory of the genre that he has become the godfather of. He has taken his art form to another level. Nerdcore has metastasized into an internet phenomenon and underground touring powerhouse, with dozens of well established live acts and more than a hundred home-studio rhymers self-identifying within the subgenre. It cannot be stopped. 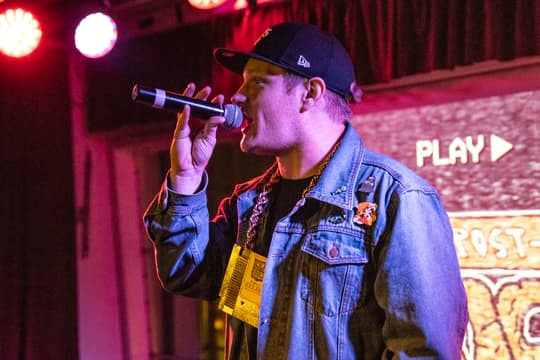 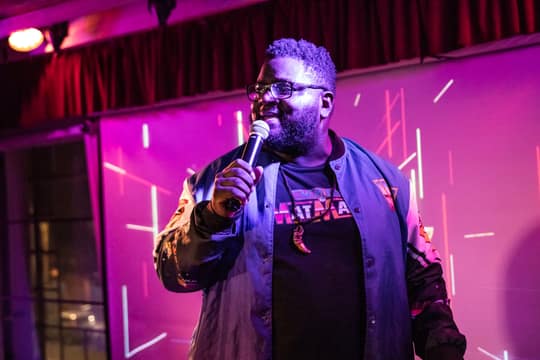 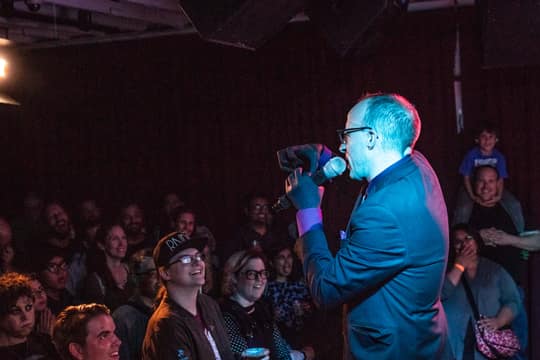 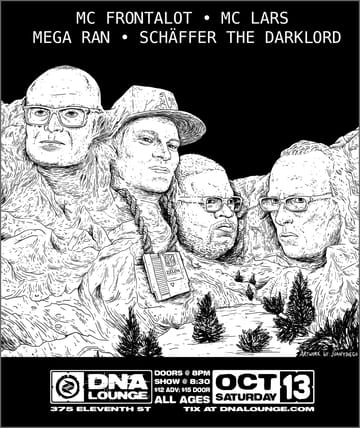