Raucous, Visceral and unhinged, they are a knock-out punch to the jaw of conventional garage rock. The band formed in early 2016 when, after watching each other's bands from the sidelines, the band members realized there was no good reason "why they shouldn't just start writing songs together". With two members in Phoenix and two in Los Angeles, The Darts managed to record and release two smoking 10" vinyl EPs full of garage riffs, girl-group harmonies, fuzz bass, Farfisa organ, bad-ass drum fills, and all-around lo-fi-turned-hi-fi goodness. 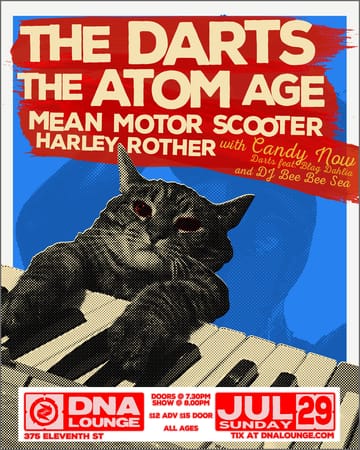 The Darts: The Cat's Meow