Meraki
Corrine
Alien
Kenai
Frisson
DJ Smokie
Crisitix
A night of bass heavy but eclectic EDM sounds. A journey from the future to the past. Back 2 Basic.

Blowing up the production game at the young age of 17, GhostDragon is already making waves in the EDM industry with a fresh youthful vibes and creativity, GhostDragon has performed with artists such as ARMNHMR, Vincent, Walshy Fire of Major Lazer, and Drake Bell. Hailing from the San Francisco Bay Area, Preston performs in the local scene and attends high school all while producing fresh house & future bass remixes and chasing his dream of headlining the world's largest EDM events and festivals.

Michael Lanza is a pop-EDM recording artist and multi-instrumentalist. Born and raised in the Bay Area, Michael blends his R&B-influenced vocals with colorful pop, future bass and house production to give his original music an intimate and nostalgic aura. Following the success of his latest single "Lion", which was co-produced with GhostDragon and Ron Reeser and landed him a #2 breakout on Billboard's Dance chart, Michael has been hard at work creating an unforgettable live experience to bring to his growing fanbase across California.

Jake Parrish, also known as JAKE, is an up-and-coming future bass/trap DJ pursuing his dreams in the Bay Area. He has toured all over the world with Myles Parrish in different cities sharing their music to everyone. His love and passion for edm music has inspired him to produce remixes of popular hits like Slushii - Level Up (JAKE REMIX) and Humble (Skrillex Remix) (JAKE FLIP). With over 6 years of DJ experience and 3 years of producing JAKE plans on making 2018 his year and revolutionizing the industry with his sound! 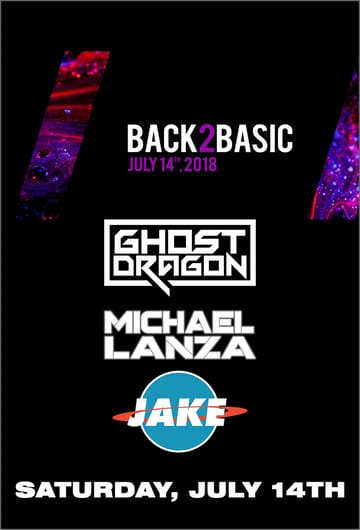