Das Ich
Anthony Jones
Haex
With the Germanic vocals of Stefan Ackermann set to the electronic sounds of Bruno Kramm and Daniel Galda, Das Ich continues to reach out to an ever-growing audience with a diverse range of atmospheric textures since their album, Die Propheten (which sold more than thirty thousand copies when first released in Germany in 1981) was reissued in the United States in 1997. Since the mid-1990s, Das Ich has increasingly focused on building a following in North America and the group has switched to a more danceable, up-tempo style. Das Ich brings together three musicians with very different roots, yet all found common ground working together to seamlessly blend industrial and post-industrial sensibilities with a hard edged dance styles. 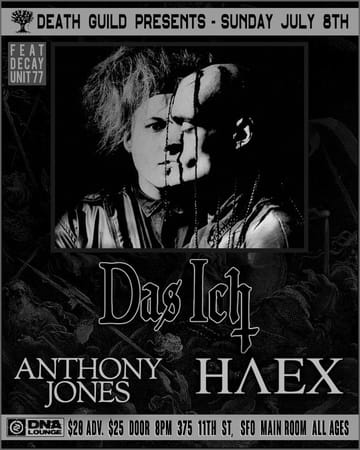