Originally the lead singer with the band Endorphine, Da and her band released their first album Prik in 2004, with hit single "Puan Sa Nit" topping many radio charts in Thailand. Their popularity continued to soar when they contributed songs to the movie soundtrack of a series called Replay in the same year.

Da went on to release her first solo album in 2007, titled Phab Luang Tar. Her songs capture the hearts of many. With songs that touch and empower love in all of us. Her strong and sincere vocals have earned her massive respect within Thailand's music circles. Frequently top of the Thailand's charts and always popular with her global fans. 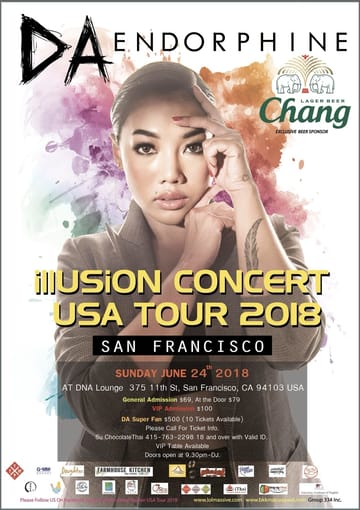