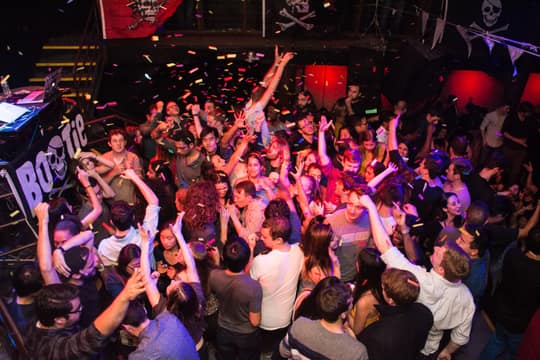 Early Bird Drink Special: $7 cocktails until 10 PM! Free Bootie Mashup CD giveaways throughout the night!
Bootie celebrates Prom season by throwing "a Prom for the rest of us!" Pull out your velvet tux's and organza gowns, or create your dream Prom outfit -- it's only $10 all night if you come in Prom finery! Plus your creative Prom attire gives you a chance to be crowned the Bootie Prom Queen, Prom King, or Best Couple and win ca$h prize$! All this, and $7 cocktails and $10 cover before 10pm! 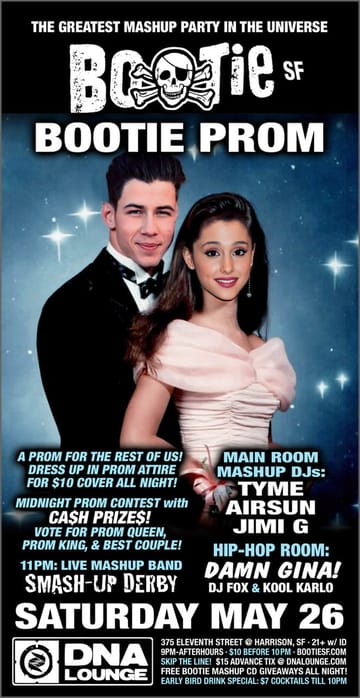