Early Bird Drink Special: $7 cocktails until 10 PM! Free Bootie Mashup CD giveaways throughout the night!
It's one of America's favorite drinking holidays -- it's Drinko de Mayo! Resident Bootie DJs Adriana A, Tripp, and Dada keep you bumpin' on the dance floor as they throw some Mexican mashups into the mix, while Smash-Up Derby takes the stage at 11 PM for a live mashup rock show, aerialist Mellionaire soars high over your heads for the Midnight Mashup Show, and Post Cliché hosts the Hip-Hop Room! All this plus $7 cocktails and $10 cover before 10pm. 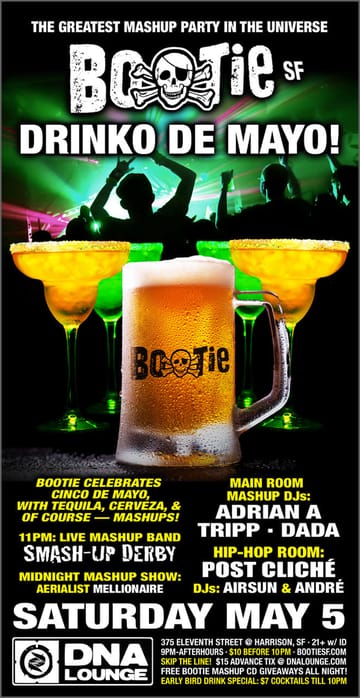