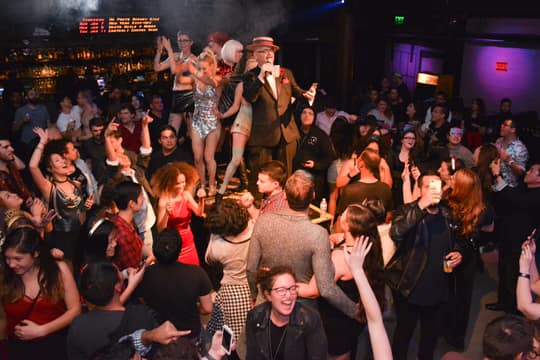 Early Bird Drink Special: $7 cocktails until 10 PM! Free Bootie Mashup CD giveaways throughout the night!
Bootie pays mashup tribute to two pop princesses in an epic battle of the blondes -- it's Britney vs. Taylor Mashup Night! Two of your favorite divas from the past two decades, mashed up with anyone and everyone -- no era or genre is safe! Plus, Hubba Hubba Revue presents burlesque live on stage at 11pm, and $7 cocktails and $10 cover before 10pm!

Launched in San Francisco in 2003 by DJs Adriana A and Mysterious D, Bootie is the first and biggest mashup dance party in the world, mashing up pop songs both past and present. With a clever mashup formula, Bootie has been an unstoppable juggernaut for the past 14 years, winning numerous nightlife awards in multiple cities. Keeping your brain guessing and body dancing with creative song combinations, it's the soundtrack for the A.D.D. generation. 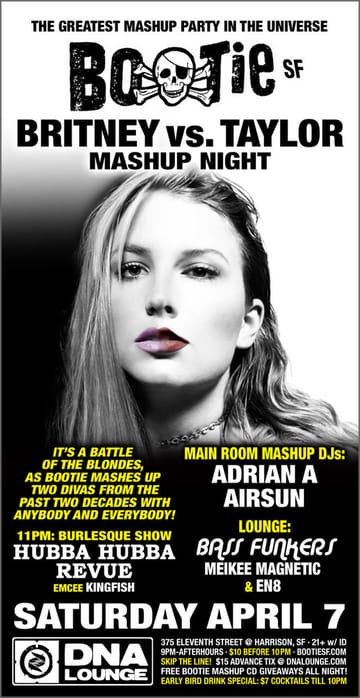