Only one Tom Gun Live show tonight! The Early Show and Late Show have been combined into one show starting at 9pm!

VIP Booths includes a reserved booth downstairs, admission for six, a bottle of liquor, and six t-shirts and Flak Packets.

Front Row VIP includes a table for five right in front of the stage, admission for five, a bottle of liquor, and five t-shirts and Flak Packets.
From the guys who brought you Point Break Live and Terminator Too: Judgement Play! 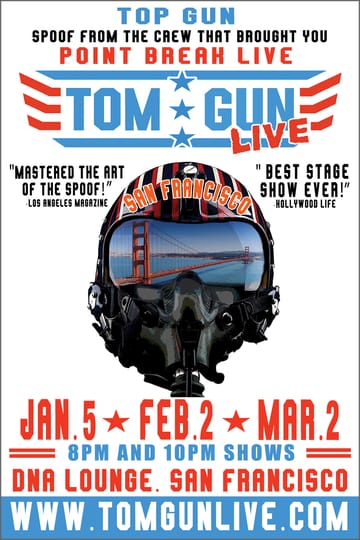