Early Bird Drink Special: $7 cocktails until 10 PM! Free "Best of Bootie 2017" CD giveaways throughout the night!
It's Bootie's NYE Pre-Game Party - avoid the New Year's Eve crowds and start your partying early! After all, you don't want to ring in the New Year as a big messy drunk vomiting in the bathroom - build up your tolerance for Sunday's New Year's drinking by "pre-gaming" at Bootie! Don't party like an amateur! 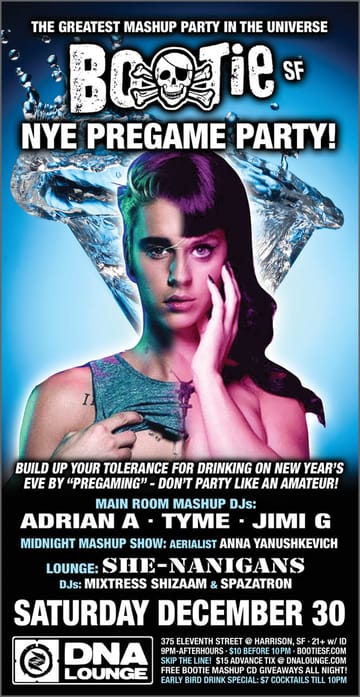