Santa gets in for Free before 11 PM! (But only if Santa is fully-dressed and not Too wasted!)

Early Bird Drink Special: $7 cocktails until 10 PM! Free "A Very Bootie Christmas 5" CD giveaways throughout the night!
Once again, Bootie Mashup hosts the biggest Santacon After-Party in San Francisco, as a bunch of drunks in cheap Santa suits invade the party! Anyone dressed in a Santa suit or holiday-themed costume gets in for free before 11 PM (but only if they're fully-dressed and not TOO wasted!). It's an annual tradition! Plus, holiday set by Smash-Up Derby! 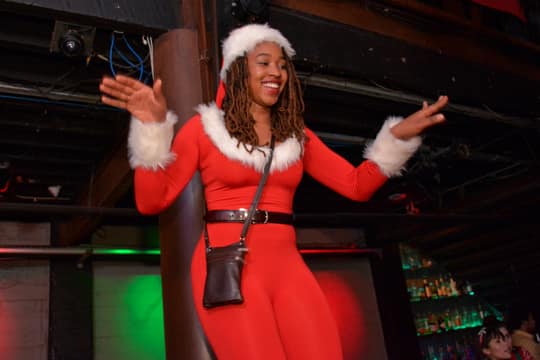 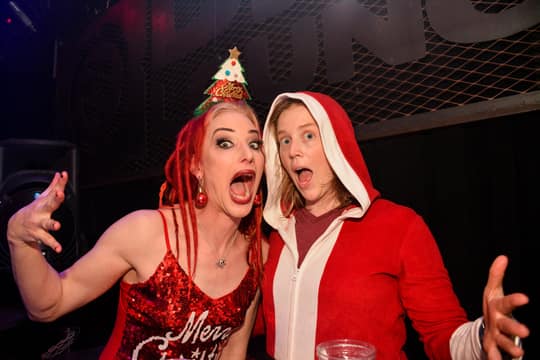 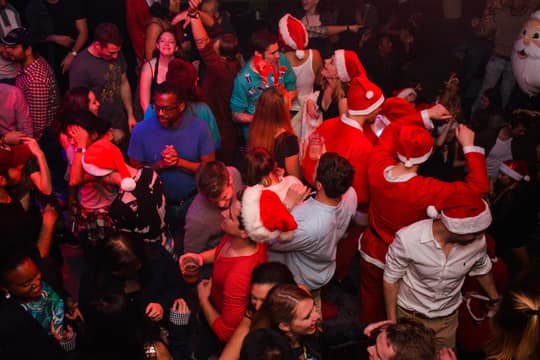 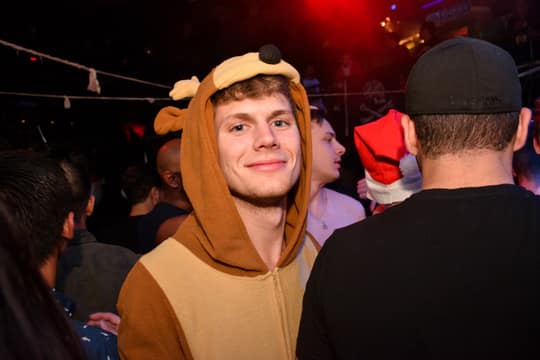 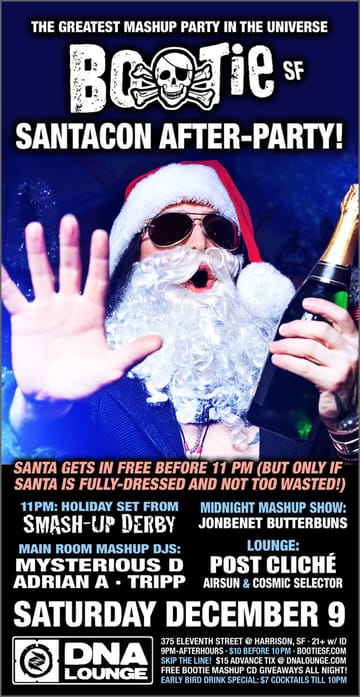