Omar (Popscene)
Skating Polly is a sister duo from Oklahoma raised on '70s punk and early-'90s alt-rock. Their sophomore album, Lost Wonderfuls, was produced by Exene Cervenka of X and mixed by Kliph Scurlock of The Flaming Lips. Skating Polly takes a minimalist approach to songwriting, with the two largely self-taught musicians, crafting super-catchy melodies. Along with earning the adoration of Cervenka, Skating Polly has found fans in Rosanne Cash and Sean Lennon, taken the stage with punk legends like Mike Watt, and opened up for such indie heavy-hitters as Deerhoof and Band of Horses.

Recorded, Los Angeles' Starcrawler have been described as the offspring of T-Rex and Bauhaus. While some have declared that Joey Ramone has to be smiling from rock and roll heaven while watching these youngsters (one of which is still in High School) lay down the most reinvigorating Rock n Roll on tape. That is simply JUST the recordings.

Starcrawler live is a entirely new breed of rock n roll animal. Peep the front row fan footage on YouTube of their glam rock assault and if Starcrawler's raucous wall of sound - rounded out by guitarist Henri Cash and bassist Tim Franco - doesn't get your head banging, front-person Arrow de Wilde's sinister, blood-spewing stage antics sure as hell will. Equally inspired by Ozzy Osbourne, Alice Cooper and Iggy Pop, she stalks the stage in a straight jacket and rhinestone-encrusted jockstrap like a glam rock Regan McNeill from The Exorcist.

Color TV are a sharp, fresh and much needed blast of modern day powerpop. Anchored by frontwoman, Tipper Newton's sweet yet scathing vocal delivery, they take inspiration from the power pop of the late 70s and the alternative of the 80s. They execute those cues with exuberant and razor sharp glee. "Anybody's Girl" is an exciting burst of powerpop, ushering in a promising new voice. In just two and a half minutes, they create a winsome identity that is as self aware as it is hopeful. Perfect as a soundtrack for warm weather hangs or late night parties, it's nothing short of a small triumph.
Photo Gallery: 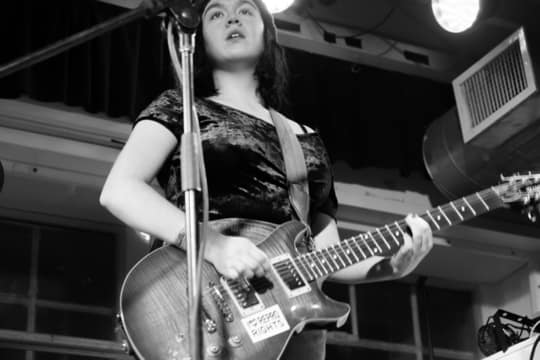 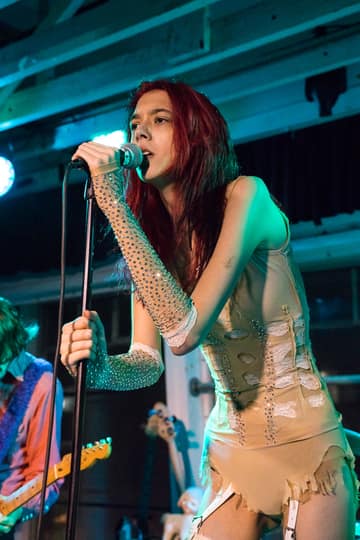 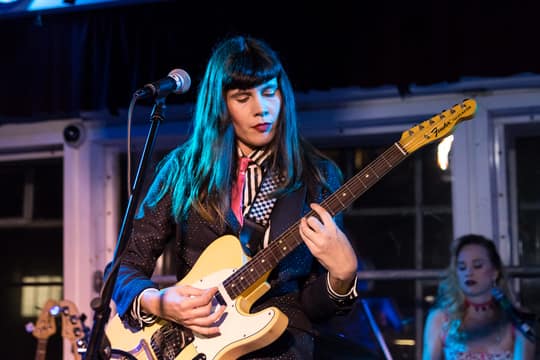 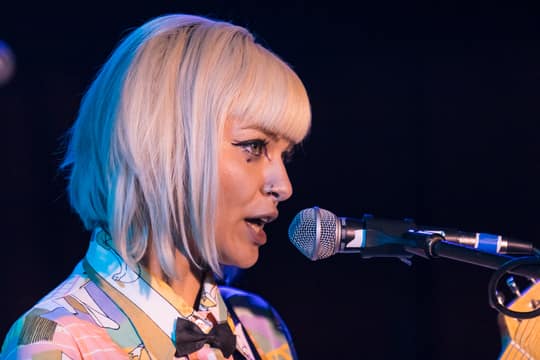 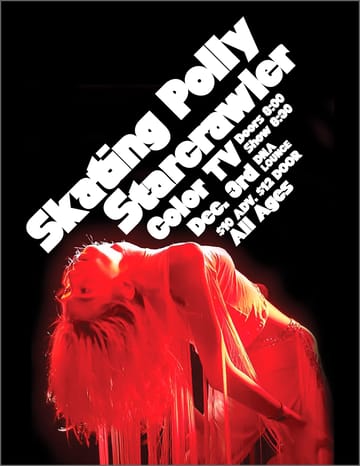