Early Bird Drink Special: $7 cocktails until 10 PM! Free Bootie Mashup CD giveaways throughout the night!
Bootie celebrates the comeback queen of pop -- it's Britney vs. Everybody, as Bootie creators Adriana A and Mysterious D, as well as DJ Tyme, mash up pop music's comeback queen with anybody and everybody, no era or genre is safe! Plus, at 11 PM, it's a special Britney burlesque on the Main Stage from Hubba Hubba Revue! Only $10 before 10 PM! 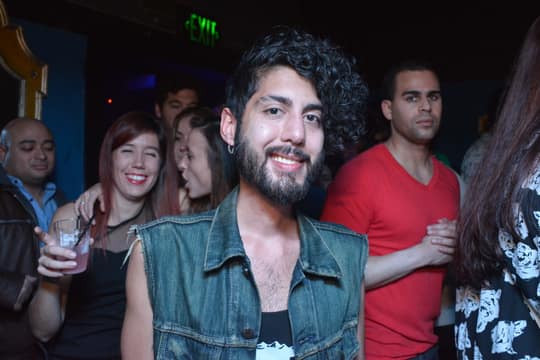 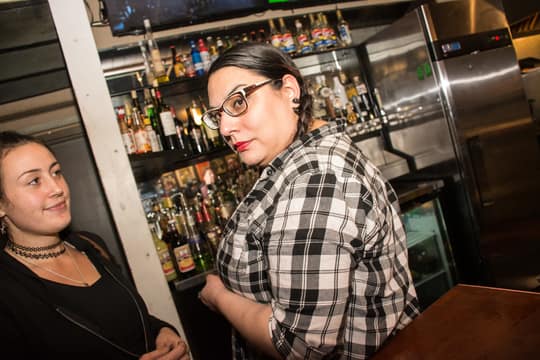 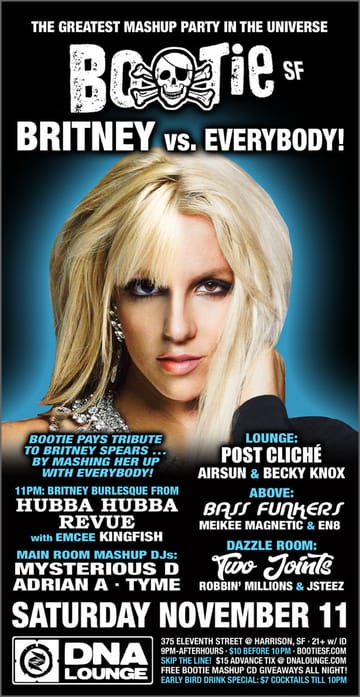