VIP Service includes a reserved booth downstairs, admission for 6, a bottle of liquor, six t-shirts, and of course the flight glasses.
From the guys who brought you Point Break Live and Terminator Too: Judgement Play! 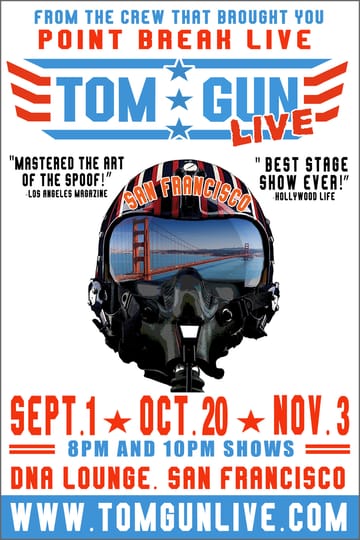