Back To School Party

Early Bird Drink Special: $7 cocktails until 10 PM! Free Bootie Mashup CD giveaways throughout the night!
Summer is over and Bootie knows it's time for school -- but that doesn't mean you have to put your nose to the grindstone yet! It's Bootie's Back to School Party!

Resident mashup professors Tripp, Jimi G, and Ajax will keep your minds off school all night long, throwing down the best mashups in the world to fill your minds with fun, not facts, while Hubba Hubba Revue gets your hearts pounding better than gym ever could at 11 PM! Four rooms of fun for one price. 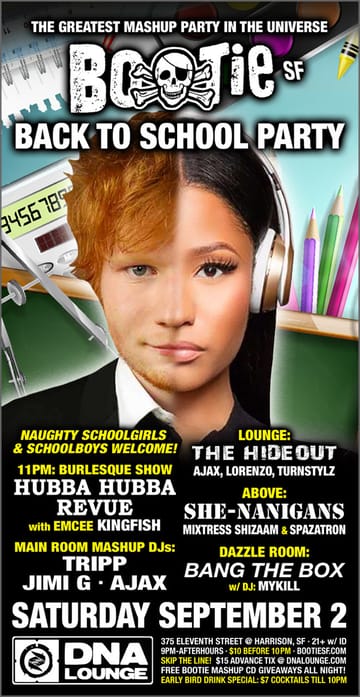