Early Bird Drink Special: $7 cocktails until 10 PM!
Bootie celebrates fourteen years of mashing it up -- it's our 14-Year Anniversary Party! The biggest bootleg mashup party in the world marks its 14-Year Anniversary, a jam-packed evening celebrating the past fourteen years of mashup culture! Bootie founders Adriana A and Mysterious D are joined on the decks in the Main Room by Tyme and Dada, while Smash-Up Derby and Hubba Hubba Revue join forces for mashed-up rock vs. burlesque show! Plus four rooms of dancing action for one price ... and ins and outs are back!

Launched in 2003 by San Francisco DJ duo A Plus D, Bootie is the first and biggest mashup dance party in the world, winning nightlife awards in multiple cities for the past 14 years. Celebrating pop culture both past and present, Bootie keeps your brain guessing and body dancing with creative song combinations, providing the soundtrack for the A.D.D. generation. 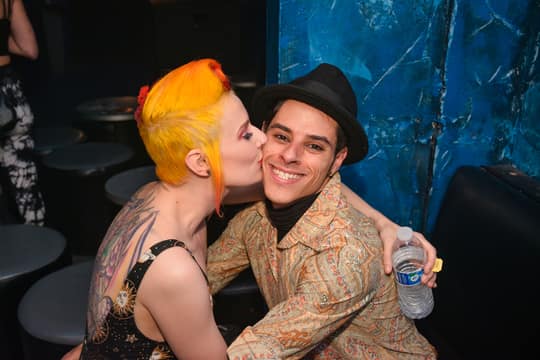 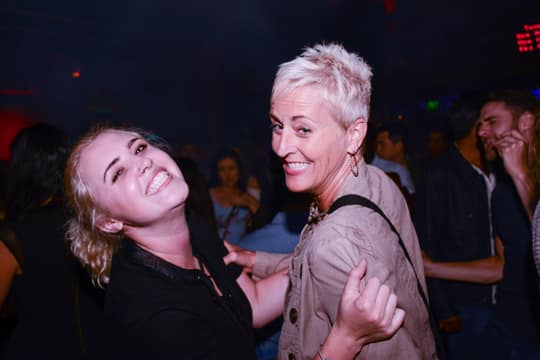 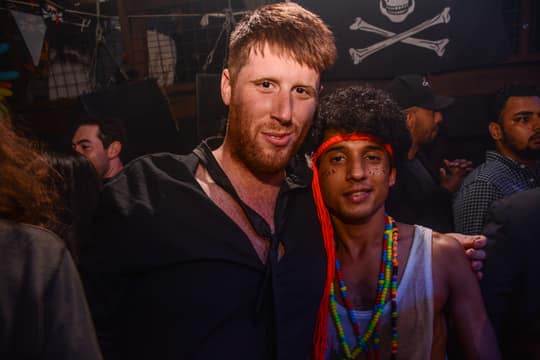 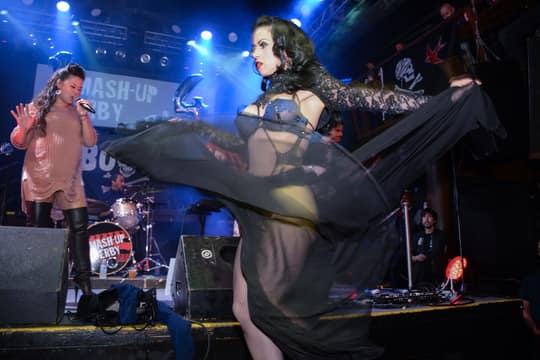 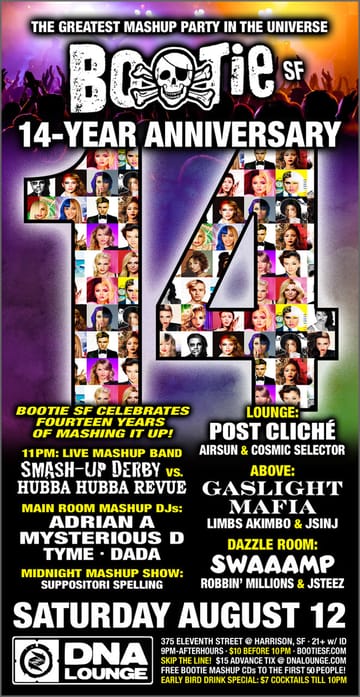