Rachel Lark and the Damaged Goods

Theresa Desautels
Rachel Lark is a San Francisco based singer/songwriter and multi-instrumentalist. Her music has been featured on The Savage Lovecast and Salon.com and she tours regularly throughout the U.S. and Europe.

In 2014 she released her debut EP, "I Wouldn't Worry," followed by her first full-length album, "Lark After Dark," and her Christmas album, "Hung For The Holidays." In 2015 she successfully funded a music video and new album through a Kickstarter campaign and released her music video, "Warm, Bloody, and Tender" in August of 2015. The video was featured in several film festivals including Sacramento Horror Film Festival and Cinekink. Her album, Vagenius, was released in October of 2015.

An up-and-coming San Francisco artist with a die-hard cult following, Rachel Lark has quickly become the musical muse of the sex-positive revolution. Her music is always lyrically based with a strong foundation of passionate songwriting, while the timbres vary depending on the performance. Sometimes she's bantering with the crowd over some ukulele plucking, and at other times she'll be behind her laptop and synthesizers creating dance beats to accompany her layered vocal harmonies.

In July 2016 Lark was signed with not a cult and is currently putting together a band and creating her first full-length studio album.

In San Francisco for one night only, this is the premiere of Rachel Lark's new concert film concept: Studies Have Shown. Featuring original music, dance performances, aerials, video projections, and more, this is a one-of-a-kind experience from one of the bay's most original voices.
Photo Gallery: 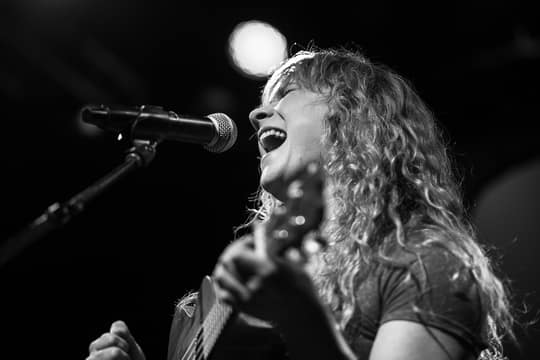 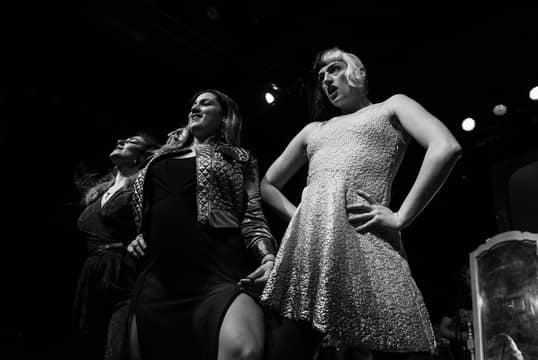 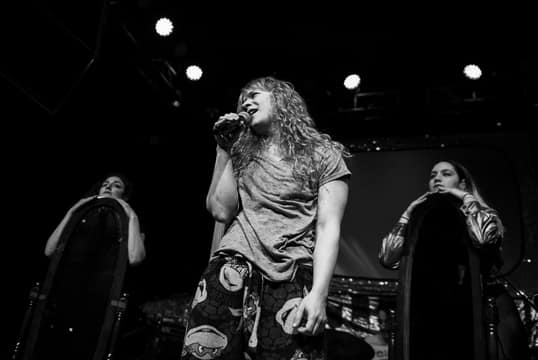 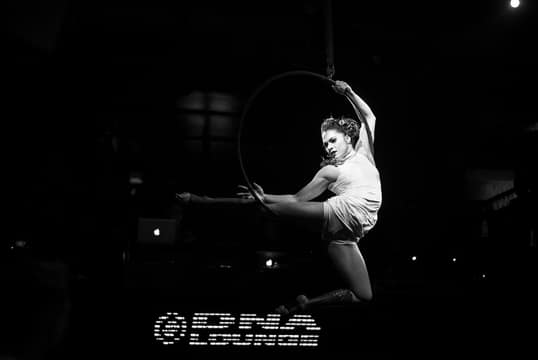 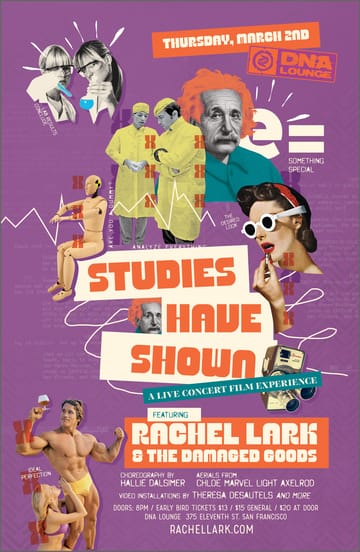