CJ Ramone
Toy Guitar
The Atom Age
In 1989, C.J. Ramone walked into one of the toughest jobs in the history of rock & roll -- he took over as bassist with punk rock icons The Ramones after Dee Dee Ramone, the band's most charismatic member, left the group.

C.J. proved he was more than up to the task, and he helped the group survive and thrive in its final years and went on to appear on three studio albums with the Ramones (1992's Mondo Bizarro, 1993's Acid Eaters, and 1995's ¡Adios Amigos!, the latter featuring two tunes written by C.J.) 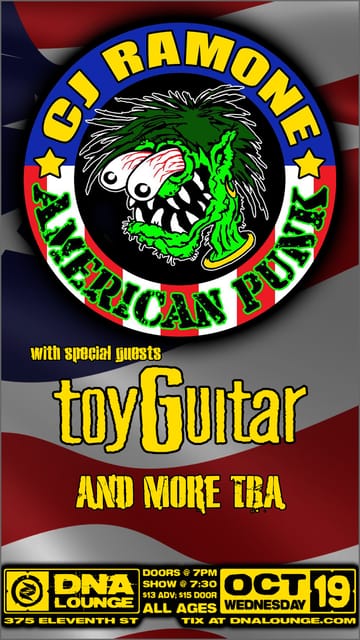