SWMRS
Melissa Brooks & The Aquadolls
Ice Cream
There's never been a punk band quite like SWMRS, mainly because it's the only punk band with Green Day's Billie Joe Armstrong's son in it. But also because punk might be too limiting or a term for a band that does possess the caustic broadsides of The Clash and the amphetamine bubblegum of The Ramones,yet manages to include the echoes of Kurt Cobain, The Beach Boys, Frank Ocean, A Tribe Called Quest and Public Enemy in their carefully penned lyricism, propulsive energy and raw honesty. They call their brand of Rock N Roll "Beach Pop" and it is exactly what you need to warm up your winter.

Melissa Brooks & The Aquadolls are a band that reminds us of times we weren't alive to experience but appreciate nonetheless: 1950s Doo-wop like Connie Francis, The Chiffons, Brenda Lee and The Ronettes meets Vivian Girls, Bikini Kill, Best Coast and Wavves at a malt shop near Archie's Riverdale High. Their songs put forth a trip-out atmosphere as well as an aggressive surf punk vibe that discusses love, mind-expansion and hating being a teenager. Become a mermaid and join the cult of Melissa Brooks & The Aquadolls.
Photo Gallery: 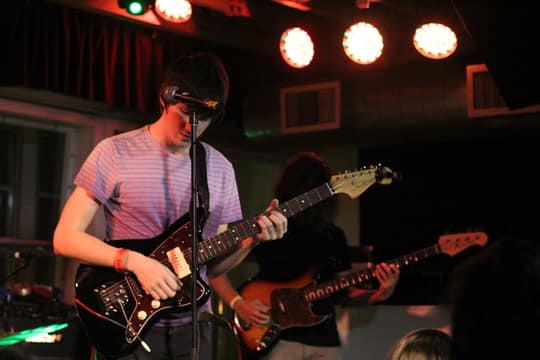