Hosted by Trap City
Ultraviolet
Napsty
The Trap City Twerk Squad
A brilliant and inimitable producer, Emalkay refuses to define himself by anything other than his own musical evolution. From his early years producing grime and garage, he has continued to break new ground and move forward with each and every track he makes.

Away from the hub of any kind of scene, the Birmingham-based producer made things happen for himself from the start. Early experimental releases on his own Morphic Sounds label put his name on the map, and it quickly paid off as he subsequently signed to Boka. Following a string of well received 12"s for the label, he then found a home at Dub Police, and hasn't looked back since. 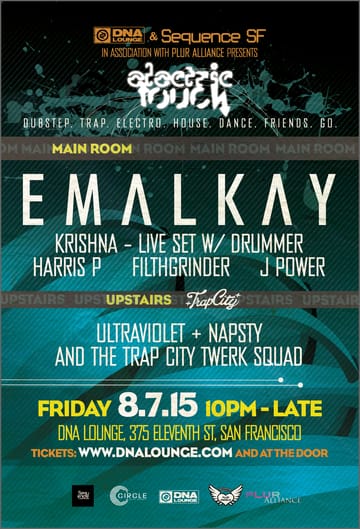