Free entry all night for drag queens and decked-out club freaks! Free Bootie mashup CDs to the first 100 people!
If you're not headed out to the Las Vegas Speedway this weekend for the country's biggest electronic dance music festival, then come on out to Bootie for the next best thing -- it's Electric Bootie Carnival, where special guests DJs From Mars -- the Italian electro-mashup masters -- will be doing a feature set. Fellow DJ duos A Plus D and Entyme will also join them, spinning EDM-flavored mashups of EDC artists all night long! We'll have glow necklaces, LED sticks, lasers, and rave toys galore to keep your candy-colored PLUR smiles going and to get you into the spirit of "EBC." At 11 PM, it's a special rave edition of the Monster Drag Show, the most ecstatically demented non-stop drag show in San Francisco! They'll be joined by special feature act, the Ultraviolets, performing blacklight burlesque!

Upstairs there are three rooms filled with more dance music than you can shake a glow-stick at -- in the Above, Glitterazzi welcomes you to the "Darkside of EDM" with DJs Meikee Magnetic and Mixtress Shizaam, while in the Lounge, DJ MC2 and Paul Goodyear bring the Monster Electro-House Party. And in the Dazzle Room, Ya Mamma's Basement brings the party you threw when your mom was out of town ... the one you hoped she didn't come home early to catch you throwing! DJs Myster C and Mr. Washington will get you bumpin' and grindin' on the dance floor, as they highlight the connection between hip-hop, funk, old-school, and R&B! All this, plus drag hosts Suppositori Spelling, Abominatrix, and Shelix, as well as free Bootie mashup CDs to the first 100 people, and club photography by ShutterSlut! 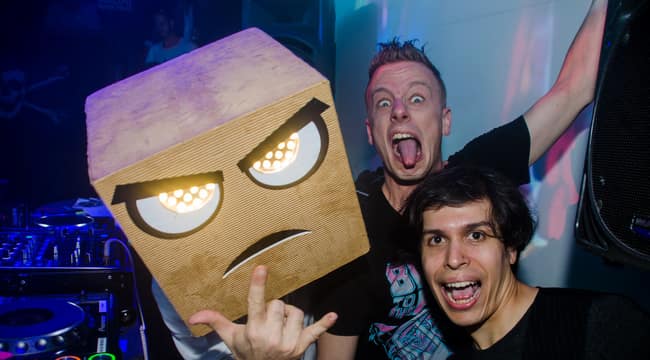 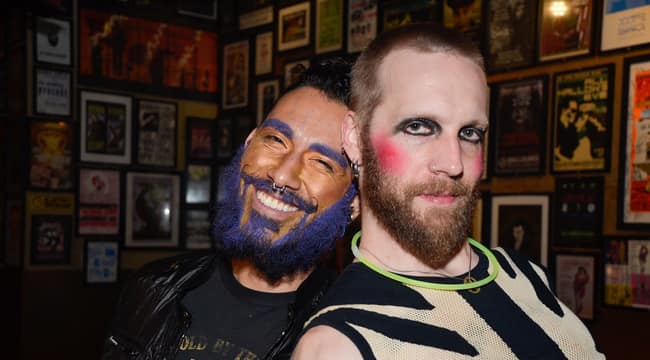 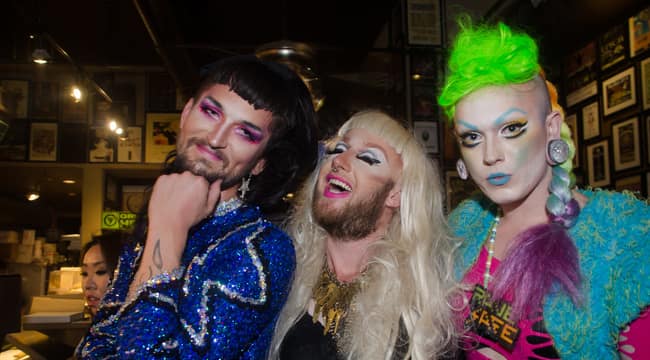 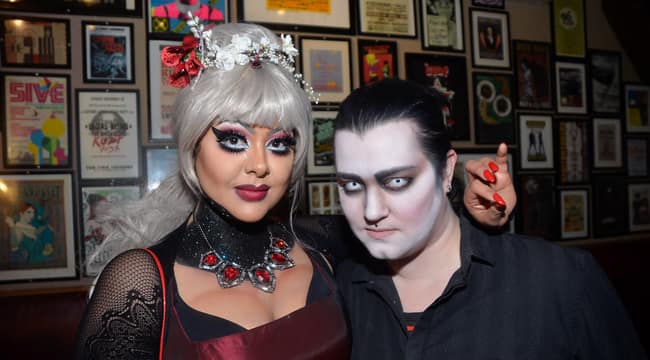 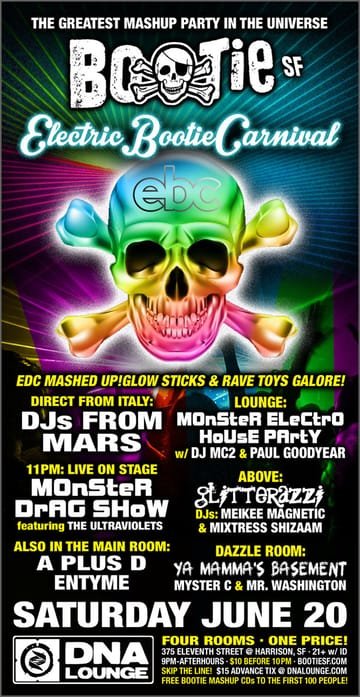