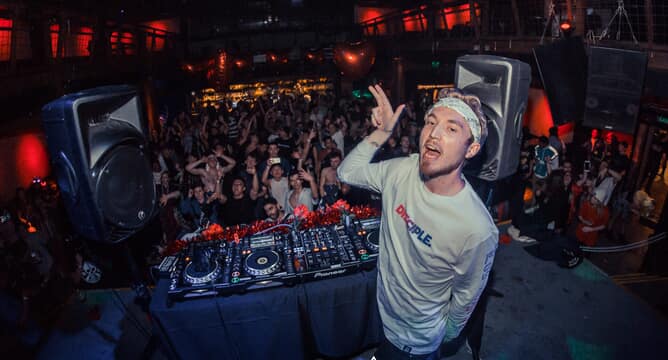 Lounge: Hosted by Always On Point:

Griefer
Russ Mack
Bearchikka
JSA
There's no doubt that Dodge & Fuski is on a roll right now. With 4 consecutive Beatport number 1's in a row including the recent collaboration 'Poison' with Barely Alive, support from the biggest acts in the scene as well as YouTube behemoth UKF, and a sound that's really starting to come in his own, momentum is building at a rapid rate along with his reputation for his trademark 4-deck live shows.

Astronaut are a producer duo from Bristol UK, whose talent for creating incredibly addictive melodies alongside savage basslines, has seen them recognized as one of the most exciting emerging talents in the electronic music world.They announced themselves in style with the release of 'Apollo', which gained massive support and has since amassed over a million plays on Youtube, Spotify and Soundcloud. To date, they have remixed for some of the biggest names around, including Zomboy, TC, Pegboard Nerds and have recently collaborated with the likes of Far Too Loud, Barely Alive and Dodge & Fuski.

Sequence is a night of house, future bass, trap, and various sub-genres of EDM. Featuring a mix of local heroes, rising talent, and the occasional touring superstar, the music is guaranteed to keep you on your toes and on the dance floor.

In addition to the huge video-mapping projection and lasers, you can expect to catch live vocalists and musicians jamming along to the music at various points during the night. The combination of musicians with DJs makes for an entertaining and interactive experience not typically found in the SF area. 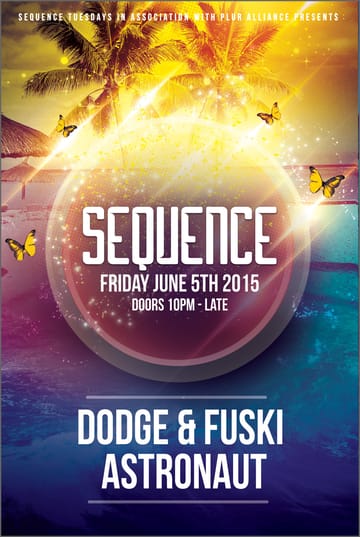