Doctor P
Megalodon
Midnight Tyrannosaurus
Bassex
Sub Artillery
Snafu
Doctor P is one of the original godfathers of the UK's bass-driven dubstep movement. He spent many of his teen yearsdrumming and playing guitar until the acquisition of a keyboard fueled his interest in the world of electronic music.

Three years after emerging as one of the heavy hitters of the original UK dubstep movement, with a catalogue of groundbreaking tracks, Doctor P is a force to be reckoned with. Live, he is considered a "triple threat" as his talents can be found in the roles he effortlessly balances as a musician, producer and DJ. 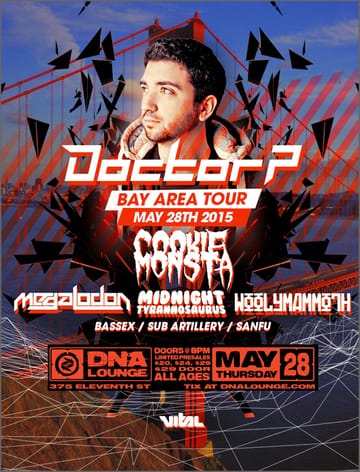