Rob Metal
Fit For An Autopsy: Humankind is "going to hell in a hand basket," but at least we have a killer soundtrack. This heavy metal band from new jersey addresses the dirty realities of modern day life while blending, dominating and utilizing the groove and swagger of Hardcore with the punishing, unrelenting power of death metal as a declaration of war against the ills of modern society.

Aborted have been around almost twenty years, no small feat for any band, and it is because of their ferocity, tenacity and unwavering vision that they have lasted this long. Through blast beats, huge vocal performances and killer solos (literally), they have grown into key contributors of the death-grind genres mixing the unrestrained savagery of Grindcore with the technical finesse of modern death metal.
Photo Gallery: 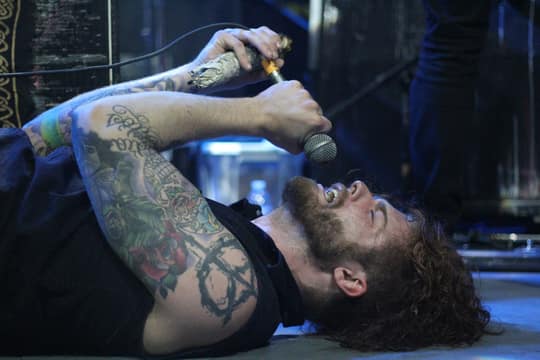 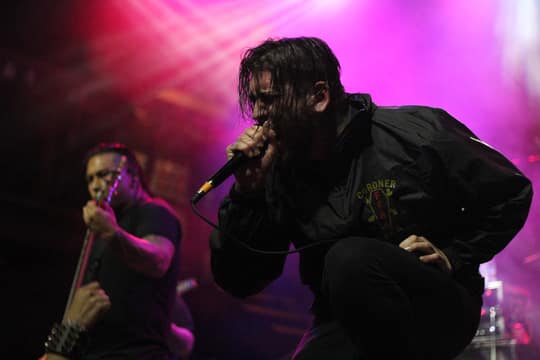 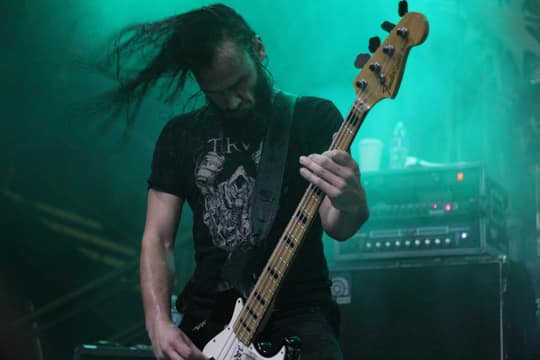 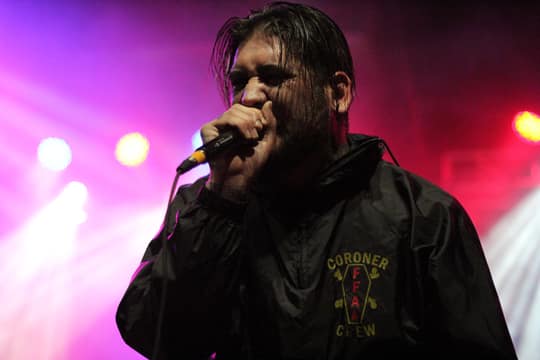 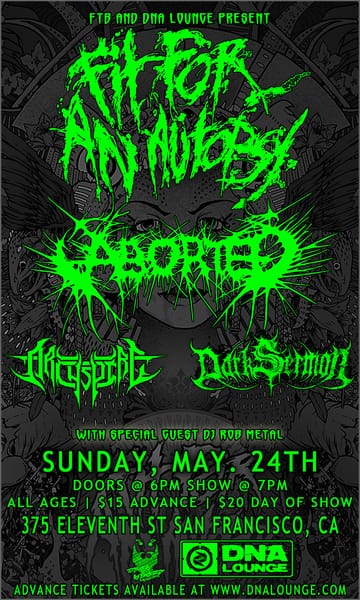 Fit For An Autopsy: The Jackal Live
Aborted: Cenobites
Dark Sermon: In Tongues
Past related events: