Rob Metal
If you don't go see Motor Sister, you are missing out on something special. This is a super group of talented musicians who happen to be pretty famous too. But in Motor Sister, they get to do their own thing, rock out, and have fun. Led by the darling vocalist Pearl Aday (who is part of Meat Loaf's touring band, and is also his daughter), Motor Sister beckons to classic hard rock fans. And her husband Scott Ian (yes, of Anthrax), is there to help too. In fact, Scott Ian's birthday is what prompted this super group into formation -- what started as a jam session has turned into a legitimate band that brings boundless energy to the stage. But what would you expect from a bunch of heavy music veterans. The rest of Motor Sister is nothing to sniff at: you've got the powerful drumming of John Tempesta (of White Zombie), the blues infused guitar of Jim Wilson (of Mother Superior, Rollins Band), and the heavy bass mastery of Joey Vera (Armored Saint, Anthrax). Pearl and Jim trade vocals, while the rest of the band bring us some old school classic rock feels -- you can hear the spirit of many greats coming through Motor Sister, fans of Thin Lizzy, Zeppelin, Judas Priest, and of course all the bands that are associated with these musicians will not be disappointed. Metal heads and rockers alike won't be able to resist the dynamic stage show of these music veterans/friends who just want to craft some fantastic tunes.

The Devil in California: Where else would the devil be, really? California is paradise and a black hole all mixed into one -- and The Devil in California seems to understand that. Classic southern-fried rock with a biker look, you know exactly what you're going to get when you first see these dudes: hard rock, attitude, impeccable musicianship, and low growing vocal that soars for emphasis. They've been playing shows for about a year now, and in that short time they have carefully crafted their fledgling band into a mystical, hard, and heavy rock band -- playing shows throughout the bay. Catchy tunes mixed with some insane live energy is a recipe for success for any heavy rock band - for such a relatively new group The Devil In California are already so good at perfecting this, which leads me to believe they are seasoned veterans in rock and roll. If they've already done this much in one year, who knows what's in store next! I have a guess: the band is working on a debut record right now, so I'm sure we will soon hear more from The Devil In California.
Photo Gallery: 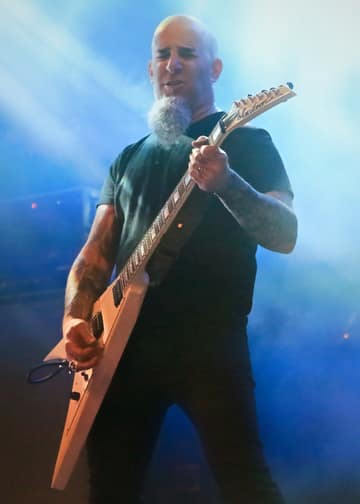 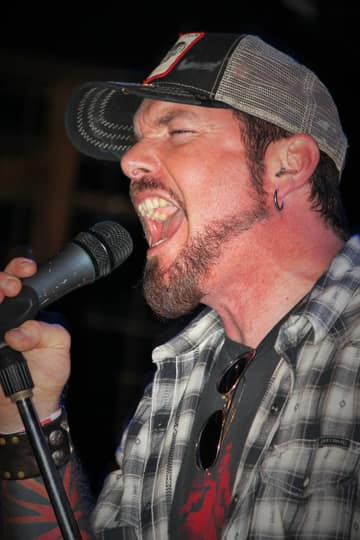 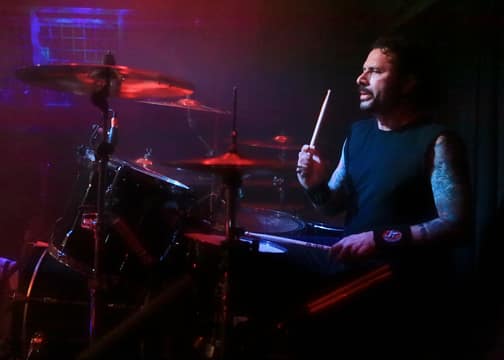 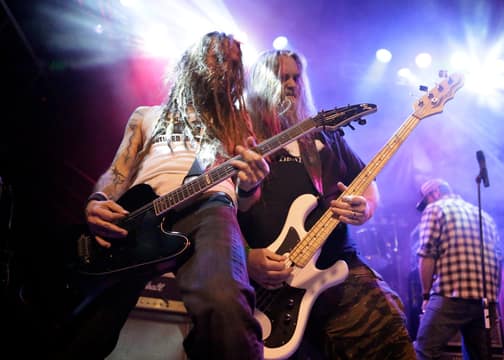 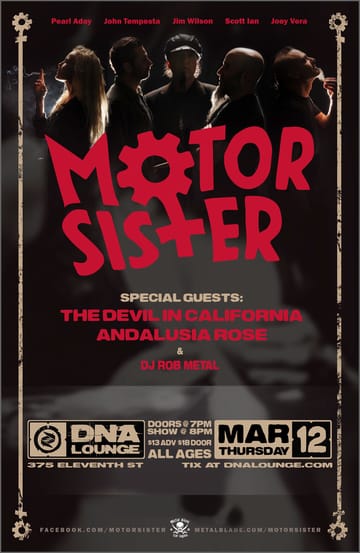 The Devil In California: Black Hand
Andalusia Rose do: Just a Little More