Mayhem
Watain
Revenge
For those of us who like to plunge deep into the darkness, there can be only one way to end your night: with ringing ear drums and a ferocious bangover. And after experiencing a Mayhem show, you'll be guaranteed both. Black metal is not for the faint of heart, but Mayhem takes it even further. And with stage names like Hellhammer, Ghul, and Necrobutcher, you know you are in for something extra special. The five piece is from the frosty lands where this kind of metal first sharpened its teeth: Oslo Norway. In fact, this Mayhem is the orginal Mayhem, forged in the early eighties and famous for a number of deaths, including the suicide and (subsequent photographing) of their singer as well as the murder of their guitarist Euronymous by the now-free Varg Vikernes. This is living, breathing, black metal history. Despite the fact that the band releases an album every four or five years regularly, many people think Mayhem is relegated to the past, to the heyday of Norwegian black metal. But they live on. Mayhem released new album Esoteric Warfare just this last year, and has finally made it to our shores to share it with American metal heads (after a slight visa problem causing the first shows to be cancelled, the tour is rolling on). On the new album, Mayhem does what Mayhem does best: give us crazy alien and mind control motifs, wild noise, and experimental metal with a penchant for technicality. Expect a blistering set filled with all the darkness and evil you'd expect after more than three decades in the game.

Satan probably loves hanging out at a Watain show, maybe it's because they are tried and true Satanists -- not fake ones, but live by the sword real Satanists spreading the gospel via the band. Or maybe it's because the Swedish metal group has all the makings of Lucifer's favorite band: disgusting live shows, on stage devil worshiping, corpse paint, chants, and long hair flying with every headbang. I can picture Satan himself holding a drink and furiously headbanging. While you may not get the full monty from a Watain this far from their home (by fully monty I mean animal corpses, blood, that kind of stuff), chances are you'll still feel the presence of pure evil as the band practices Satanic rituals on you. That's not to say that Watain's brutal metal isn't enough to promise an unforgettable night. It's hard to believe a three piece can make so much goddamn noise. Growls and howls, lacerating guitar, drums you can feel in your throat, even some melody hidden deep within -- Watain is loud loud loud and definitely black metal at its finest. It's no mistake that they are on the same bill as original metal heads Mayhem. Obviously sinister (I mean, all you have to do is take one look at these fully decked out Swedes) and over the top, be prepared for just about anything (and that means that maybe they have procured a goat to slaughter, and can somehow get away with drenching you in blood). Squeamish folks should probably stand at least a few rows back.
Photo Gallery: 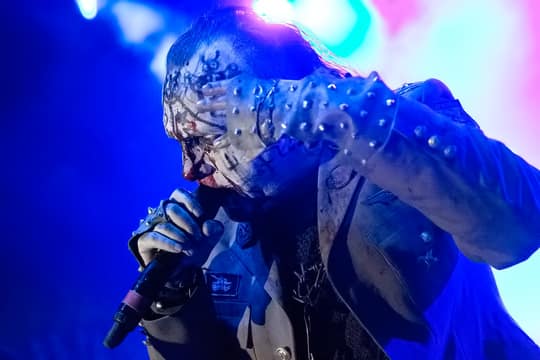 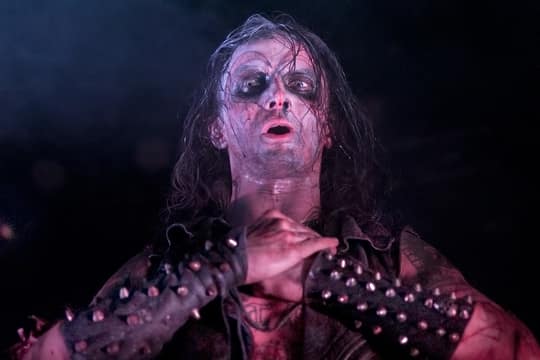 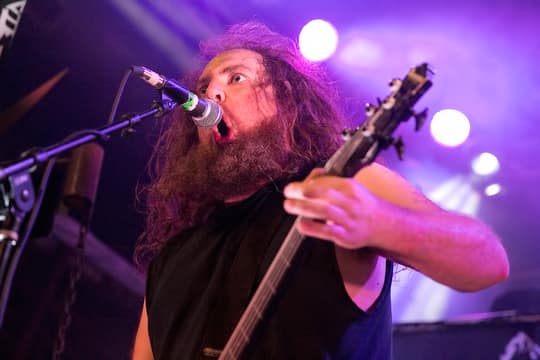 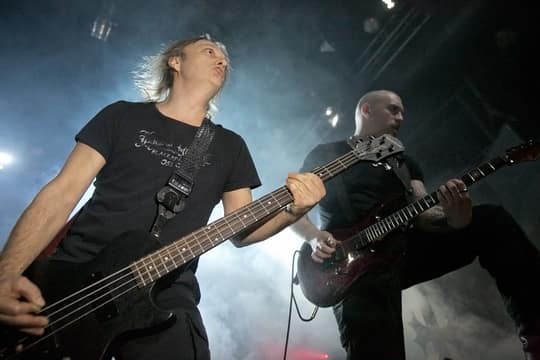 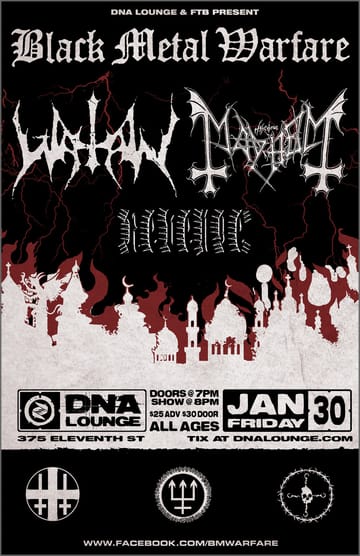