Free "Best of Bootie 2014" CDs to the first 500 people through the door!
It's New Year's Eve ... you know it's gonna get messy! So drop the attitude, pretense and high expectations, and ring in the New Year with Bootie! Filling the DNA Lounge with four different rooms of dancing all night, Bootie will not only have the traditional champagne toast at midnight, but also Four different balloon drops! So it won't matter which room you end up in -- you won't miss out at midnight!

Resident DJs A Plus D will be playing out 2014 in the Main Room, spinning the best mashups from the past year to keep you dancing long into the new one! At 11 PM, Bootie's own house band Smash-Up Derby will take the stage to rev you up for midnight, while Entyme leads us into the New Year with a Really Awesome Mashup Video Countdown, featuring video feeds from parties round the world, mashed up in real time! Opening DJ JimiG will get the night kicked off in style.

Up in Above, it's Glitterazzi, with DJs Meikee Magnetic and Mixtress Shizaam taking you on a journey of sight and sound with their own brand of EDM, high art visuals, and a special live midnight performance from pop artist Ida flO. In the Lounge, Airsun and Entyme bring Cirque du Cliché, filling it with booty-shaking music that is guaranteed to keep you grinding on the floor and generating NYE heat! And finally, in the dark and sexy Dazzle Room, Ya Mamma's Basement brings the party you threw when your mom was out of town ... the one you hoped she didn't come home early to catch you throwing. DJs Myster C and Mr. Washington will get you bumpin' and grindin' on the dance floor, as they highlight the connection between hip-hop, funk, old-school, and R&B! Plus ShutterSlut, Bootie's resident photographer, will be there to catch you in all your New Year's Eve sloppiness! 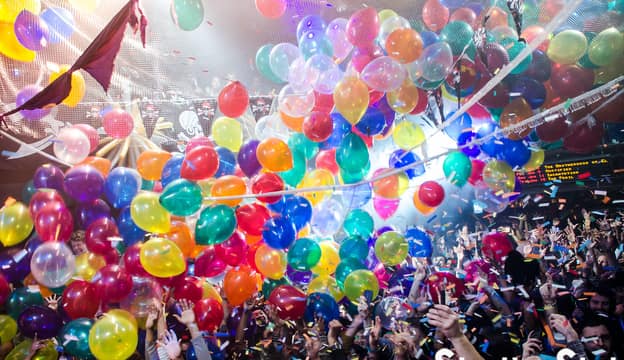 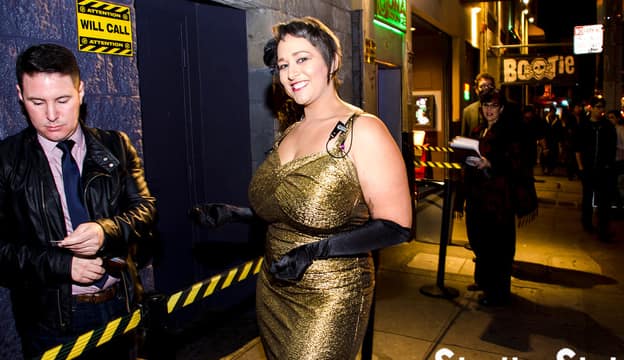 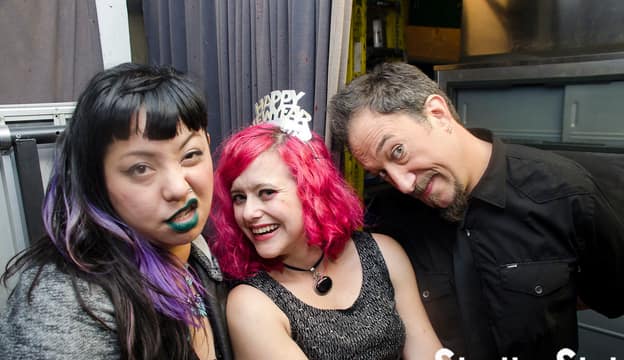 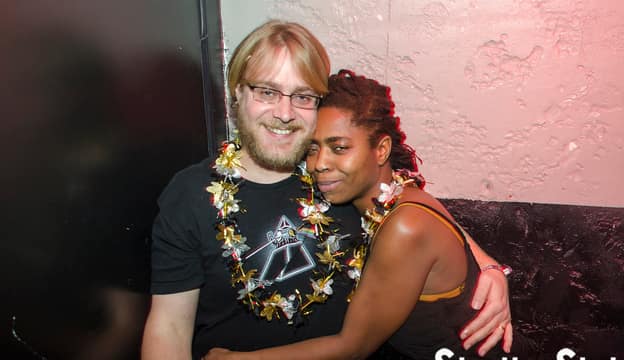 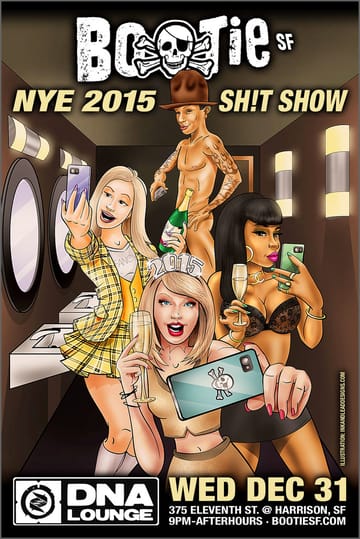