Patrick Sweany
The Record Company
The Midnight Pine
Patrick Sweany: Almost anyone can empathize with the right blues singer. Song about money woes, love woes, these modern times, and solid guitar solos will reel your ears right in. Ohio bluesman Patrick Sweany is no exception. Sweany's deep, almost-pained voice sings "money comes, money goes, never seen it last that long..." amidst guitar noodling and we can't help but believe. Patrick Sweany sings for the sinners, the dudes who miss smoking at the bar, and everyone who feels a little too intensely the wrongs of the world. After all, raw emotion and the blues go hand in hand. Despite his blues ethos, Patrick doesn't always stay too deep in the seriousness: his video for "Working For You" not only features an upbeat song with plenty of "woah woah woahs" but also a dressed up Patrick Sweany decked out like a retro vacuum salesman. Sweany's got plenty of rock and roll cred to back up his blues, which sometimes touches on country and rock -- The Black Keys' Dan Auerbach has played baritone guitar for Sweany, and has co-produced his work along with Jimbo Mathus from the Squirrel Nut Zippers. It seems that Sweany is primed for his time in the sun, and that with his rise will come a yet another wave of appreciation for blues rock. When he hits the stage, be prepared for a raw assault of Sweany's natural talent: a smokey voice from another time, and guitar skills to match. The music flows through Sweany with ease -- so just sit back, relax, and let him make your night.

When it comes to the new blues era, Los Angeles' The Record Company is a band you do not want to miss. Singer Chris mans the microphone and lead guitar (and sometimes forays into lap steel), moaning the blues with the occasional harmonica break, while Alex and Marc hold down the bass and drums. All three contribute vocals, making The Record Company's sound expansive yet still raw and emotional. Well-rehearsed and never dull, these three dudes play with the conviction that comes from studying musical successes of the past and the precision that comes with tons of touring. Songs about no-good women and hard days stand side by side with excellent covers of folk classics like "CanThe Circle Be Unbroken," punk songs like Stooges' "I Wanna Be Your Dog," and rock standards like "Tallahassee Lassie." The Record Company brings the old school rock energy, complete with raucous howls and blazing guitar solos -- making a huge amount of rock noise for a trio -- yet somehow escape the fate of rehashing decades of music. Their take on the sounds of yesteryear is still fresh, and always entertaining from start to finish. Get ready to dance your way through the rollercoaster of rock that is The Record Company.

You don't always have to scream or pound to get the attention of an audience. Sometimes, all you have to do is be great. The Midnight Pine seems to already know this little trick. This band builds layered psych folk tunes with an acoustic backbone, stunning instrumental outbursts, and somber sentimental lyrics. Singer Shelbi Bennett has a deep, haunting voice that will stop you in your tracks -- putting a fresh spin on the weary world of folk songstresses. It's hard to believe that mostly bare folk can still be pleasing to the ears after decades of folk reinventions, but The Midnight Pine's plucking and harmonies are simple yet elegant. Bennett's laments would be right at home playing on a phonograph in a much older era, or as the soundtrack for some future road trip across the remaining wild places in the USA. The threesome can change the tempo at will -- adding in steady hand claps, jazzy backing, and more insistent guitar -- though they always stay firmly in the realm of neo-folk. Live, the three piece band from San Diego demands attention. Be prepared for The Midnight Pine to wield enough power to silence an entire room.
Photo Gallery: 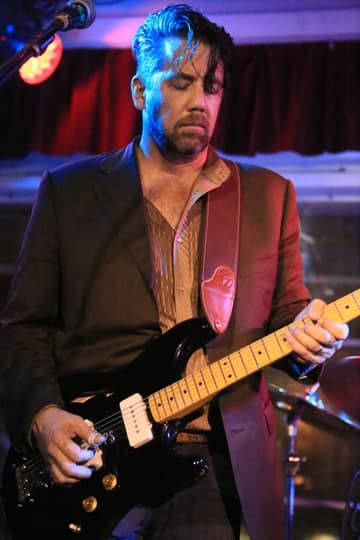 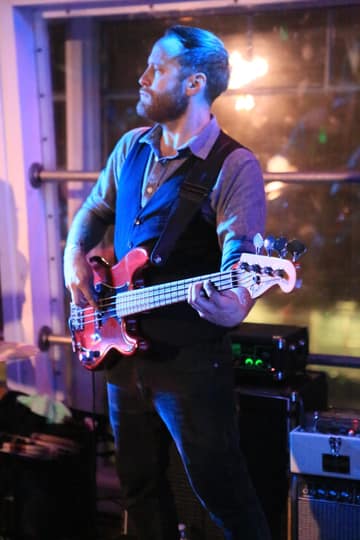 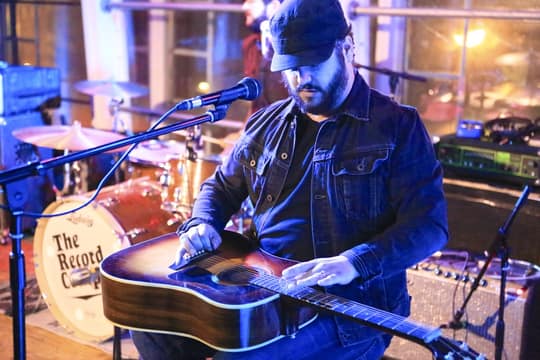 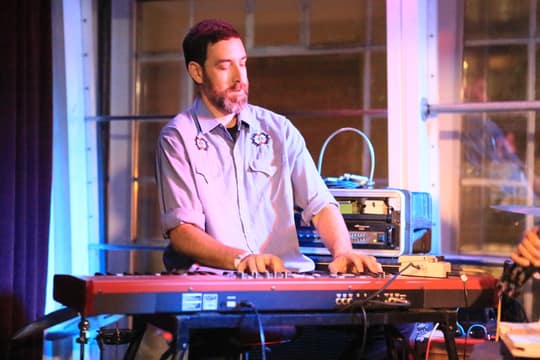 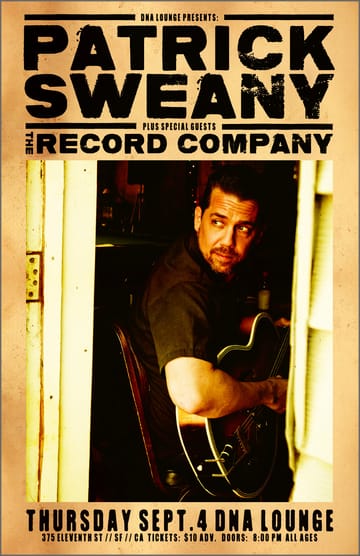 Patrick Sweany: Working for You
Past related events: