Men Without Hats
El Elle
What Up Mang!
Yes, you can dance if you want to -- you can leave your friends behind, with the recently reformed 80s hitmakers Men Without Hats. Montreal is well-known for pop music, from Arcade Fire to the Unicorns, but Men Without Hats may be their secretly most successful export. The band rose in notoriety with their ubiquitously known single, "The Safety Dance," in 1983. The single was an anthem against bouncers who stopped new wavers from pogo-ing at shows because it seemed dangerous. Even today, kids born a decade later know the tune. Men Without Hats' Ivan Doroschuk founded the band in 1977, right at Punk/New Wave's birth and the death of disco. Synth driven rock and roll with a distinctive baritone lead vocal made Men Without Hats a fun yet still interesting band. They released five albums, but after several lineup changes Men Without Hats disbanded as grunge took over the airwaves. After the turn of the century, the group reformed for a stint to release "No Hats Beyond This Point," and before once again returning to silence. Now that the Doroschuk has taken the reins of the band into the modern age, Men Without Hats is free to bring their joy on tour. A slim, ponytailed (and slightly goth looking) Doroschuk leads several synth players and guitarist through MWH's greatest hits as well as their lesser known gems. Get ready to dance -- if you want to.

Part songstress, part provocateur, and 100% cool, El Elle makes a mesmerizing brand of electronic pop for dancing and dreaming alike. To say El Elle dabbles in a bit of everything is an understatement, she combines performance art with video and dance, as well as poetic lyrical prowess (including some lovely explicit wordplay about the astral plane, and the possibility of getting it on on said astral plane). But above all, El Elle is a voice -- and a beautiful one at that, with a delightful range from 80's pop diva to dreamy, ethereal being gifting the listener with light. The artist, also known as frontwoman Lisa Light of Oakland's reunited electropop band The Lovemakers, creates conscious tracks and a geometrical, 60's mod visual wonderland. El Elle does her own thing on stage, with plenty of dayglo and guitar riffs that will make even the staunchest music snob fall under her spell, of course having a cache of well written . Whether it's a banging dance track with true pop catchiness or a sleepy psychedelic slow jam, El Elle is incredibly unique. El Elle is an art-fueled composer, with the vocal chops to back up her every whim -- whether it's a chant, spoken word, or a Madonna cover. The idea of a new age dance party is pretty appealing, and El Elle is ready to lead the way.
Photo Gallery: 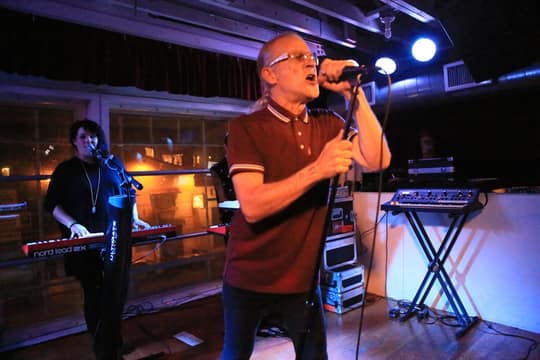 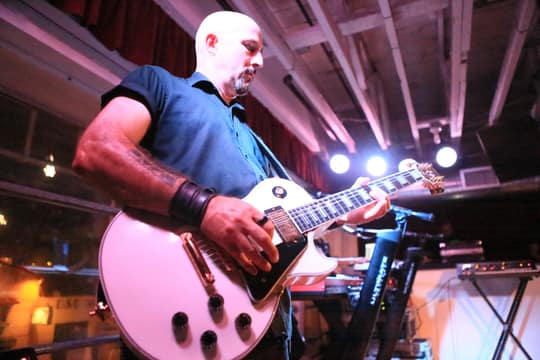 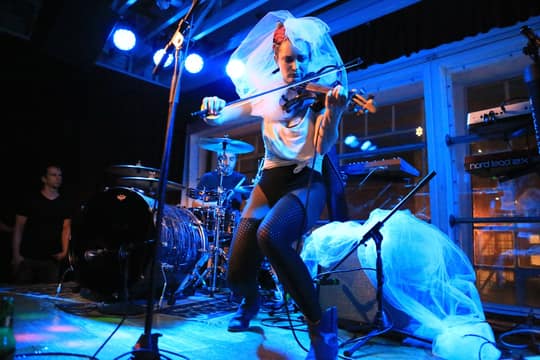 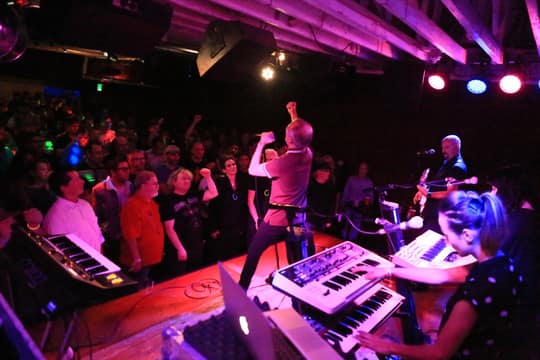 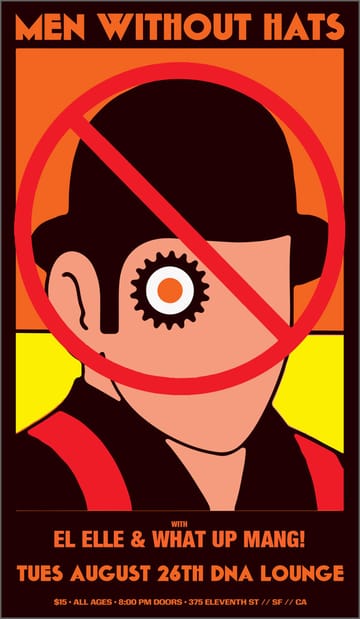