Electronic Commando
Decay
Grendel had a dance club hit with "Strangers" way back in 2000. It seems like so long ago, but the band has not lost one bit of intensity of the years. With their harsh beats and heavy grooves, Grendel is waving the flag of EBM (Electronic Body Music, for the uninitiated). Of course, something this dark can only come from the vast wilderness of the Netherlands -- and with a name like Grendel (one the earliest monsters in known literature whose decapitated head ends up as a trophy for Beowulf) you expect a little grit mixed in with the industrial electronic beats. Grendel wants you to be a part of the harsh generation, and live by the bassline. That isn't too much to ask, especially when you think of how long these guys have been at it -- more than fifteen years! Synthesizer, feats of engineering, power drumming, and disturbing lyrics are all part of Grendel's crusade to be brutal industrial dance music. Dark imagery is accompanied by orchestral elements, fast beats, vocals that sound right out of Gollum's cave, and creepy samples from video games or old movies. Gothic industrial dance enthusiasts will be pleased to strut their stuff to a band that can provide ample upbeat tempos along with a commensurate amount of darkness -- bordering on scary.

Ludovico Technique: Angular hair, creepy contacts, black leather, goth make-up, and an album called "Some Things Are Beyond Therapy" are your first signs that Ludovico Technique is going to be bringing bleak realness to the table. And the industrial act certainly lives up the first impression. From the sunniest of all places, Orlando, Florida, this trio has managed to subvert that sunshine into music for horror lovers, with intense beats and dark artistry. Lush landscapes of industrial beats are layered with noise, synth drones, and effects-heavy vocals -- the band can change from somber, almost classically-influenced tunes to an upbeat glitchy stomp. Singer Ben skulks around the stage, screaming and headbanging, awash in multi-colored lights while his teammates Evan and Alex man the synths and drums. They look a bit like sexy undead demons, which is definitely an appropriate summary for their sound. It's electronic dance music with a darker, harsher twist. Of course, when you name your band after a disturbing therapy in a disturbing film -- it only follows suit that you should try to shatter as many nerves as possible.

Mechanical Vein: If robots could sing and make music, they would certainly give you something like Mechanical Vein. Glitchy, aggressive, and surprisingly easy to dance, Mechanical Vein is a new force to be reckoned with in electro-dance music. Producer, singer, (robot??), and all around musical man Keithtron is the mind behind Mechanical Vein. Keithtron honed his skills on remixes before diving deep into the original, hard industrial genre. Now he's a relatively new voice as Mechanical Vein, but Keithtron exercises his electronica muscles as a member of NYC's Nekronet, where he aggressively sings his heart out. Keithron is accompanied by DJ Loren to bring some sweet dark beats without the bullshit.
Photo Gallery: 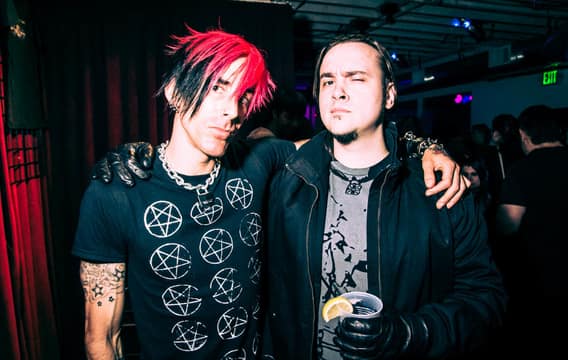 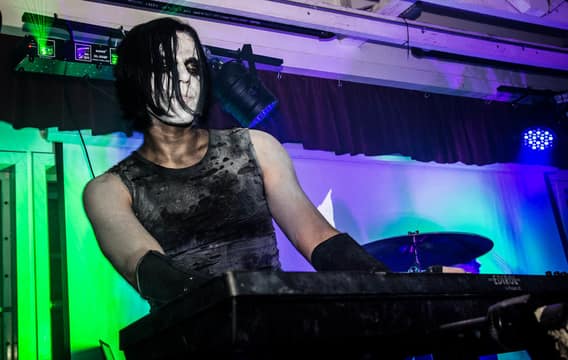 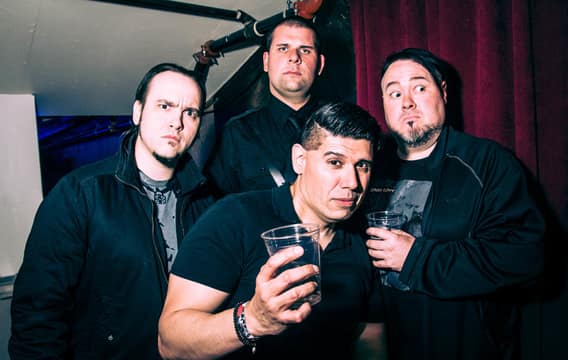 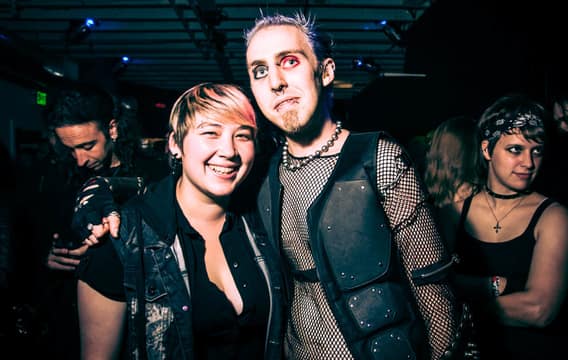 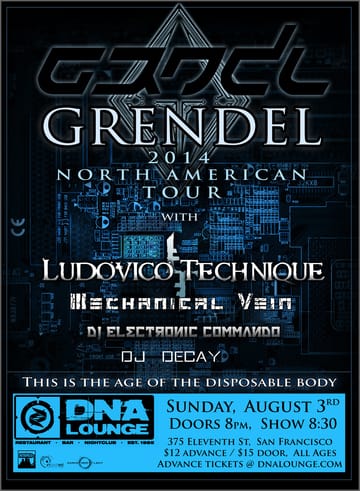