Mr. Smith
Pyramidhead
Powernoise. Intense. Dramatic. Electric! These words describe Alter der Ruine, a dark industrial synth act from Arizona -- not Germany, despite the name and the country's history for birthing stellar industrial music. You must dance to this, even if you're in thigh-high platform leather boots. With gritty instrumentals that sound as if they could be the backing track to some gothic factory, Alter der Ruine keeps things dark yet experimental and too catchy to resist. Beats and bass lines drive the band, but creatively-titled tracks such as "Shit Disco Stunner" and "Doom Patrol" drive home the fact that even dark kings can have a sense of humor. Live the band is a trio consisting of husband and wife Michael (who founded the band and is also the drummer for Assemblage 23) and Tamara Jenney (on backing vocals and keys) making beautiful noise along with Michael Treveloni's intriguing vocal performance. Trevloni gets major air -- jumping around while blasting out a synth beat or manning the mic. Tamara is a stunning goth princess who graces the band with her presence, and her keys. And Mike Jenney, who has proven himself many times in the industrial world with all sorts of bands, makes these goth summer jams complete. Synth-tars (you know, like that other beloved hybrid the keytar), pounding drums, and enough noise to leave your ears ringing characterize Alter der Ruine's crazy live show.

Self-destructive synth pop is delicious when delivered by Mr. Kitty, a young and bewitching artist out of the Austin, TX. Arthouse meets nerdcore meets neo-goth when Mr. Kitty takes the stage, in a mystifying kawaii-goth-raver outfit: cape, cat ears, black candy jewelry, whatever his mood calls for, and an atmosphere of "what have I gotten myself into?" Well, audience, you've gotten yourself into some seriously cool glitch pop, complete with auto-tune and effects-heavy vocals parading over sweet 80's inspired music. Mr. Kitty curates quite an experience, whether you're writhing around on a dancefloor, seeing him in his cat-eared glory, or just listening to his tracks alone in your room. It's dark and cute at the same time, how in the hell Mr. Kitty has made that possible? Catchy choruses, layers of synth and effects, and some of that darkness meets cuteness lyrics like "I can't die now/Cuz I'm in heaven with you." Though he's pretty much brand new, he's got his performance down: unleashing programmed beats, playing the keys, and swaying with his microphone while a strobe light flashes. It's an industrial goth dream, and you won't be able to stop dancing.

Corvx de Timor is a dark beat composer who curates a moody experience on the dance floor using intense beats, samples of spoken vocals, and layer up layer of dreamy (or nightmary?) synths, all crashing together to create waves of emotion. He's been making his excellent tracks for two and half years, experimenting with sound and concepts much to our delight, but has decided it's time to move on to the next thing. Corvx de Timor is certainly cinematic and artistic -- and a pleasure to listen to for those qualities and more. Who knew electronic dance music could also be haunting? Down tempo beats are perfect to sway to on a foggy night. Corvx de Timor can make you feel any atmosphere that he wishes, and mostly that's a dark and sparse. "No Comfort, Even In Dreams" should tell you all you need to know about his ghostly approach to electronica. Wish this dark music maker a fond farewell as he graces the stage in his present form one last time.

Kat Haus: San Francisco has produced another sweet electr0nic duo for us to devour. And this time, they have a cat theme (or at least a cat Facebook cover)! If there's one thing the people can't resist, it's cats! And catchy beats. Kat Haus is dreamy and deep synth pop with female vocals provided by the stunning Libby Tucker. Tucker soulfully sings her pleas and romantic notions over sparse beats and dire synths, melancholy pervades throughout the tracks while the songs build and build. The duo makes some beautiful, moody electronic hazy, and even add in some hardcore elements to pop up unexpectedly at times. The influences seem to range for the duo, of course there's the electronica, but also some shades of R&B and indie to keep us wrapped up in the experience. For the most part, Kat Haus will lull the listener into the odd space between dream and creeping melancholy, but will also allow for some dancing to shake away the blues.
Photo Gallery: 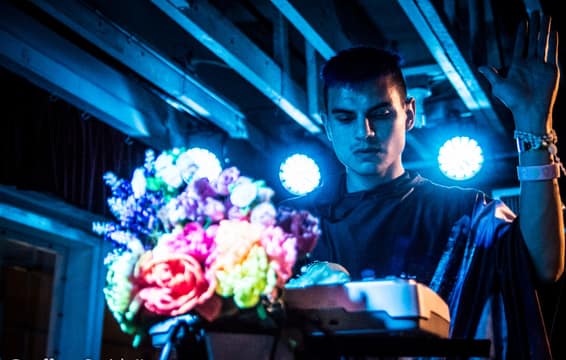 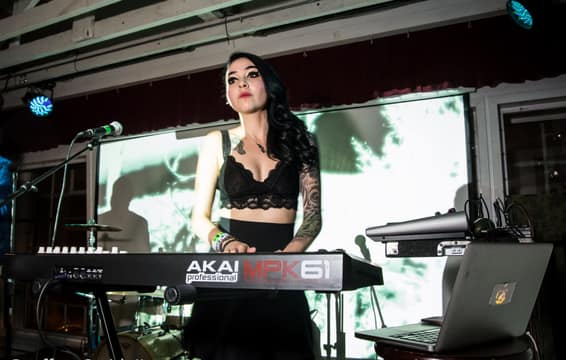 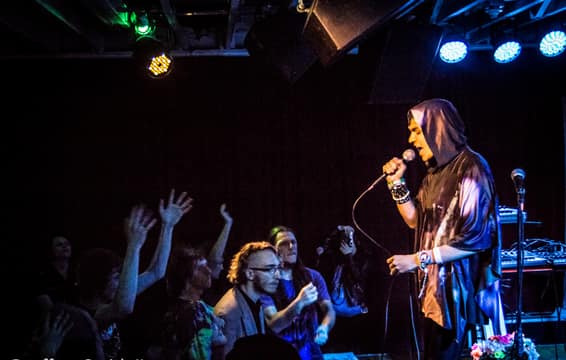 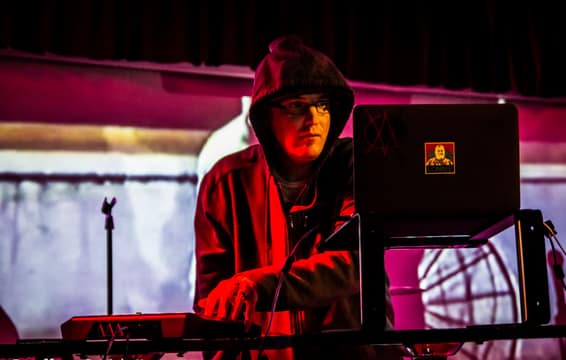 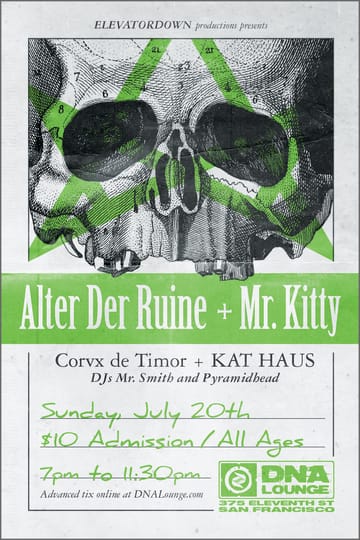