Pattern Is Movement
Dominique Leone
Paint The Trees White
Indie rock can be fun, right? The bearded duo from Philidelphia tend to agree with that -- covering D'angelo, growing their beards, and giving us soul-filled sounds despite their indie image. After a six year dry spell (at least for us fans), Pattern Is Movement is finally back with something for us to chew on. Firstly, this man can sing! Andrew Thiboldeaux puts all his passion into his vocals, which lay atop a well-crafted wall of sound: airy synths, auto tuned backing vocals, the occasional French horn or string part, standout drumming, and various found sounds fuse together to evoke jazz, soul, R&B, and of course indie rock. Chris Ward is the bands heartbeat and Andrew's partner in crime, laying down terrific drum beats that go from slightly hip-hop to straightforward rock. Pattern Is Movement is sonically diverse and complex, and yet immediately easy to love, similar to the heyday of Animal Collective or a Coen brothers' movie. Yet Pattern Is Movement isn't like other bands -- they've simultaneously made music that everyone can love (I'm talking radio worthy pop) while pushing the limits and creating really artistic songs. They've been around for more than a decade - far long enough to shuffle around their sound (early PIM easily lumped in to math rock) -- so they've been lying in wait, biding their time until they could unleash their self-titled 2014 album and blow some minds. Live, these two dudes hold their own, with Andrew's voice rising and falling over the crowd from behind his keyboard mirrored by sweat-soaked Chris pounding away (or delicately beating out at tune) behind the drums.

Dominique Leone is a local boy, though he's come a long way to get here. Leone was once a writer for Pitchfork (back when the site was the be all end all source for numerically rating releases by your favorite indie groups), so of course he has taken all of the knowledge of what makes music good and compounded it with a love for the weird, the fringe element of the music world. His classical training doesn't hurt, either. You will hear a plethora of oddball sounds coming from Dominique Leone. Crying electronics, flute solos, prog mixes of metal elements, bouncy old school dance beats, are just some of the various things you will hear while diving into Dominique Leone's mind (and catalog). The mix of off the wall sounds with generous doses of pop melody is too good to be true -- like a mixture of Brian Wilson and Perrey and Kingsley. Or if Brian had had given Perrey and Kingsley (and an orchestra and a robot) instructions on how to record the music in his head. His compositions are at odd and compelling all at once, and you can't turn away once you've started -- this is not music you tread into lightly. Leone, armed with his keyboard, can expand on his solo music making to encompass a whole stage with a five piece band, and yes that includes someone to play wind instruments. Be ready to dance to insane rhythms.

Paint The Trees White: While you can't be sure if this band is trying to be mysterious, or if google just has way more info on why people paint the bottoms of fruit trees (answer: to protect them!), San Francisco's Paint The Trees White keep a low profile. Luckily the band has some stellar music on their soundcloud. If you want a folk rock, psychedelic, surfy, experimental indie sound, you've come to the right place. Paint The Trees White is definitely something different from SF's vast pool of garage rock bands. The four piece has a backbone of acoustic guitar with a little bit of everything else: electric guitar solos, catchy handclaps, "woo woo" backing vocals, keyboards for some substance, and a singer with equal amounts sweetness, edge, and grit, creating a cache of truly interesting tunes. The band has elements of sixties nuggets mixed with a fun pop sound, some folkier elements, and clever lyrics. Live, the band is more rock and roll than folk -- with each member working away (and the drummer working overtime with a maraca in one hand) to create a fast, energetic set of danceable rock. 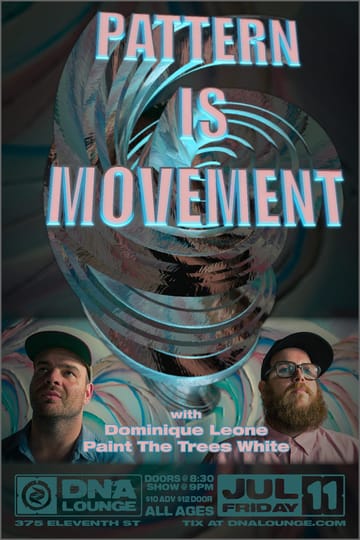