Decay
Melting Girl
Electronica meets industrial with this one man band. Daniel Graves created Aesthetic Perfection at the dawn of the 21st century -- nearly 15 years later, his vision is truer than ever, drawing on punk, pop, metal, and everything in between. Crafting sparse and dark songs to (what else) perfection, Graves hand makes every drum beat, every synth sound, and every lyric. There's some definite misfit sex appeal to Aesthetic Perfection, though it transcends all the temporal things like gender. Graves alternately yells and croons over his robotic compositions with a voice reminiscent of the best of the emo era, adding a catchy layer of singability to his already seamless tunes. Live, Aesthetic Perfection adds a bass and drummer to fill out the sound and accompany Graves as he sings directly to the audience. Part Mindless Self Indulgence and part sexy Rob Halford, Graves has the mastered the ability to work every part of the stage. Serious industrial chops like Aesthetic Perfection needs to let loose every once in a while, so you can expect a fun cover (perhaps "Drives Me Crazy" by Fine Young Cannibals?) mixed in with the more somber rivet tracks. Dancing is an absolute must to Aesthetic Perfection's energetic live set, whether you choose to copy Graves' signature pogo or come up with a new, upbeat goth-sway of your own.

While New Jersey might not be your first guess for a hard electronica wonderland, Panic Lift, with its mix of electro, alt.rock, and pop has emerged from the garden state. Panic Lift is the brainchild of James Francis, who sews together dark beats with dancey melodies. Reminiscent of Depeche Mode with a modern electronic twist, Francis sings with solid depth while playing guitar. Elegant melodies are placed on a bed of lush synth and hard beats, with enough room for songs to ebb and flow and build to triumphant bridge. On the record, you'll be treated to a symphony of beautiful vocals, recorded and mixed perfectly. Even on the more sparse tracks, Francis almost whispers over a driving beat which grows opens the door for a full out electro assault complete with screaming growl vocals. Live, Panic Lift is rounded out by drummer Ben Tourkantonis and bassist Dan Platt giving the band the energy it needs to make the audience move. Francis sings, screams, yells, and growls while evoking the Moz with his earnest stance and his sways.

Stylish cool marks the Scottish duo Surgyn, from their medical horror themed beginnings to their current sleek style. And they aren't just stylish, their high-fashion, avant garde approach to making music sets them apart from so many others in the alternative electro genre, and allows them to expand on the genre itself. Experimental, beautiful, and dark, Veil and Sovereign of Surgyn just can't help but be themselves -- elaborate as they may be. Glamour is a full time job, but so is music -- and Surgyn definitely don't hold back from their craft. Perfect vocals, dramatic delivery, and tongue firmly in cheek themes make for club-ready classics, like Kraftwerk's version of Lady Gaga. An example, "Feed Me Fame," touches on starving children, self-hate, exploited jailbait, but all goes back to one thing: craving fame. Surgyn's industrial worthy synth sounds are superbly crafted, as is their live show. Glamour cannot rest, even when sweating through a live performance -- so expect these boys to be outfitted to the nines. Live, the band expands with more black-clad members, while Sovereign works the stage and Veil mans the electronics. Surgyn does everything 100%, and a live set is no exception. Be prepared for anything, as these boys are constantly trying to push the envelope.
Photo Gallery: 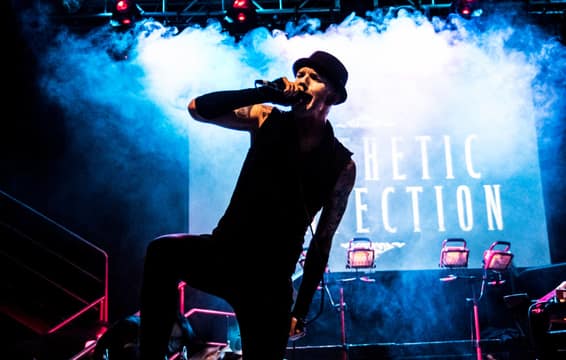 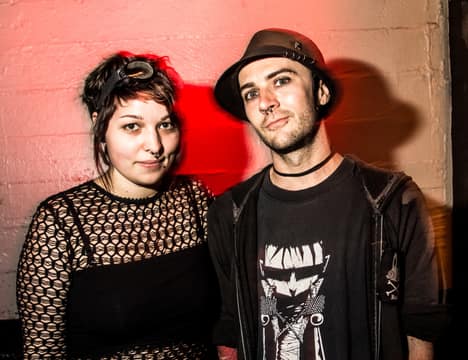 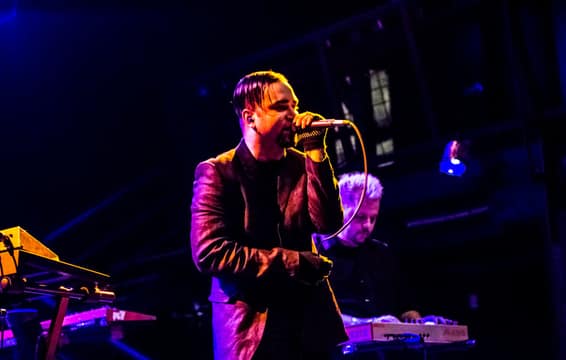 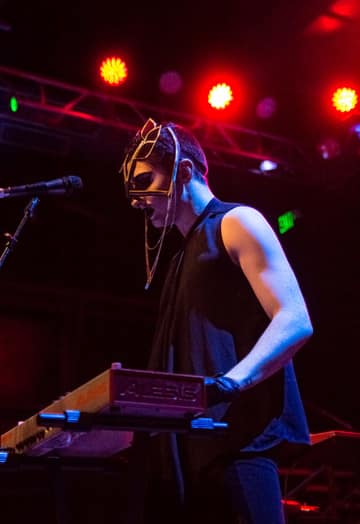 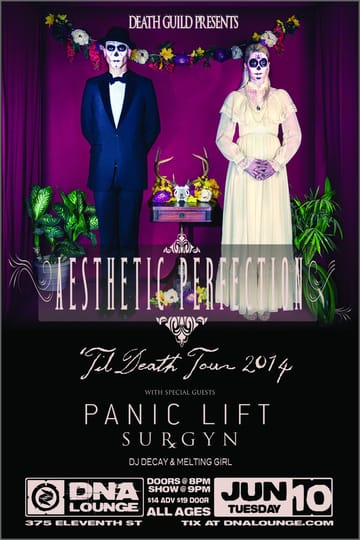