Talk of Shamans
The Garden Band
Electric Shepherd
BFA
Crunchy riffs, youthful voices, garage pop attitude and an eye on experimentation; San Francisco's Talk of Shamans has it all. Like Animal Collective and groups of indie-loving college kids, the three piece exudes a dreamy fun that appeals to music nerd and hippie front row dancers alike. Talk of Shamans are lo-fi masters of their domain. Excellent guitar picking and splashy drums bring the songs together, even when singer is stretching to point of breaking: its right up to the edge, but that is often the best place to be if you want in on the action. Talk of Shamans few released tracks aren't overly serious, instead the band capably bring fun grooves, raw yet meandering vocals, and an inventive spirit in the vein of The Unicorns or Of Montreal's Kevin Barnes earlier works. The band has lovingly crafted an amusing song about a wild adventure that ends up being all about drinking out of coconut, aptly titled "Coconut Case," and it speaks volume about the lengths Talk of Shamans go to in order to bring the audience a little entertainment. Live, these boys seem to be in synch and ready to deliver. Definitely expect to let loose and dance (or at least move your feet a bit if you don't want to compete with your fellow groovers) during an energetic set.

The Garden Band is growing psychedelic grooves for all, and you don't even have to wait to harvest 'em. The duo, and sometimes three piece, is a heady, semi-acoustic mix of solid and complex percussion along with very expressive vocals, all of which is bolstered by singer and guitarist (and keyboard player!) Torfi Gunnarsson's personal lyrics. Expect some tie dye, deference to Jah, and an in-depth look into this guy's brain. Even Gunnarsson's guitar strumming seems to be electrified with emotion, though in reality a childhood injury caused some wrist trauma that necessitates his one-of-a-kind playing technique and violent strums. His insides seem to be on display, which is important when you are waiving the banner of Free Expression. Expanding to include more electric guitar and perhaps a bassist, this SF "stone or rock" band might be heading towards the psych rock and roll path. As an audience member, you will not be able to dodge the compelling tunes of The Garden Band -- but why would you want to?

Who else to guide you toward you dreamy psych trance than San Francisco's own Electric Shepherd? The band is experimental rock and roll yet harkens back to an older time famous for psychedelia and "The Electric Kool Aid Acid Test"-- a truly weird (and probably really fun) line to walk. Self-described as "heavy psych," audience members will be treated to singer Mark Nelsen's urgent voice, along with groovy bass lines, a few sweet sunshine-y guitar riffs, crashing drums, and a little harmonizing. The band is pretty orchestral, or at least do not shy away from complex layers which many trios might. Electric Shepherd is a band that obviously doesn't mind paying homage to the City's vast psychedelic roots, but also embraces a prog rock element and even a bit of SF's latest popular import: garage rock. Don't be surprised if you end up in a loopy, everlasting jam session. Just go with it.

BFA: Fine artists aren't hard to find, especially in a city like New York. But Bachelors of Fine Arts, an attractive young four piece rock and roll band, aren't just out of work artists with degrees -- they've got fast drums, a wild energy, and a New York cool that should take them anywhere. Like the lovechild of Franz Ferdinand, The Strokes, and a little throwback homage to Joy Division, BFA are bringing fast-paced pop songs with a post rock feel. Short and sweet is how rock and rollers like it, and Bachelors of Fine Art delivers: three minute gems with high energy backing vocals and pop confection mainstay of catchy keyboard/synths. It soars, it jangles, it has all the right moves to get any audience up and ready to dance. Singer Will Cole prances a la Billy Squire and clutches his mic like a sacred object while cooing lyrics about NYC problems (being sad for unknown reasons, moving in with your folks, having nothing in common, etc) in his sultry, ear pleasing baritone. The band kicks it up to power pop level while playing live, with each member bouncing along to his own beat and the synth aficionado, Sam Radseresht, splitting his time amongst two well-placed rigs. It is raucous fun; pure power rock perfection from these fine young things from New York. Just try to keep your body from pogo-ing or Ian Curtis dancing -- you probably won't be able to. 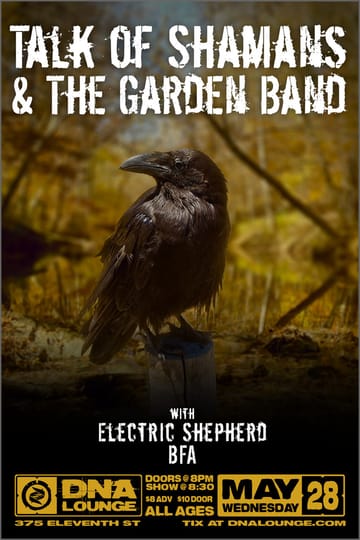