Farewell, My Love
The Venetia Fair
Consider Me Dead
Tons of make-up, leather, and a new South African singer -- this is the next generation of hair metal coming at you with a slightly punk attitude. These guys are heavy yet fun, and turn the theatrics up to 11 -- think Thor meets My Chemical Romance at their most dressed up and sensitive. Don't let the make-up fool you, these aren't your average shallow hair metal dudes: they have endless love for their die-hard fans, and write songs about the issues that affect us all, like struggling with depression, self-harm, and suicidal thoughts. Driven by the love of classic rock and the ability to seamlessly work together, the five-piece from the dusty desert of Arizona is propped to take over the nu-emo metal scene. Perhaps Farewell, My Love is exactly what you need to fill the Tommy Lee-sized void left by Motley Crue's break up. These are the boys next door, doing their best to top Black Veil Brides or Avenged Sevenfold and make their mark on the world. Their frothing-at-the-mouth, Belieber-level fans have propelled Farewell, My Love to the brink of stardom -- the band refers to themselves as a "fan band" to honor the dedication of the fans. And they do not disappoint those fans on the live tour -- wailing vocals paired with howling guitars, big solos, and dramatic energy from every member, with these boys getting right into the audience's hearts and minds. Keep your fingers crossed for a Bon Jovi cover to make your night complete.

The Venetia Fair: If you like your rock and roll music theatrical, loud, and fast, Boston's finest, The Venetia Fair, is your type of band. The five piece puts their unique twist on the ever popular emo genre, bringing a fair amount of chaos to the live performance (and, if their Facebook is to be believed, to their life in general). They even have a record full of brilliant covers with their signature operatic whining vocals, updating some 80s classics and some more modern tracks -- a covers record that is actually listenable is a great feat for any type of genre band. Singer Benny at his best sounds like a throwback to Saves The Day, and at his angriest harnesses a signature growl -- and he can easily glide between both sounds and a few octaves. The band has been described as Panic! At the Disco on crack, and it's a pretty fitting description, even if you've never actually done crack while listening to pop punk. On their latest LP, the band adds some interesting sounds that you might not hear on an emo leaning rock record -- tons of horns, xylophone, harp, and strings. The Venetia Fair isn't afraid to use harmonies and pop instrumentation to create some seriously catchy melodies. The band is over the top, and it shows on stage. Jumping around, pumping out tunes, making full on contact with the audience, you'll be left wondering what the heck just happened to you -- in a good way.

Consider Me Dead: The boys in Consider Me Dead each have a mile long stare in their press photo, which could make you think they are all work and no play. But the boys of Consider Me Dead just have a lot of thinking to do -- they mix electronic elements with the popular elements in mainstream emo tinged rock: acoustic guitars, moaning vocals, serious lyrics. This is intelligent, artisanal, dance influenced rock -- a little on the cerebral side (which is refreshing -- many similarly clad young bands are so fun that they come off a bit joke-y). These well-crafted tunes leave little time for antics. After all, figuring out where to put in some dub step into a song is a big deal -- it makes a crowd go wild. Consider Me Dead is like Owl City's realistically evil older brother -- similar to Death Cab For Cutie with a robot heart instead of Ben Gibbard. Consider Me Dead knows how to make downbeat songs sound like anthems, with two singers lending their voices to excellently programmed beats. They also know how to throw out a banger when the mood is right. The band's latest work may be called "Young At Heart" but with their admittedly catchy yet solemn soundscapes and severe delivery, I can't help but think they are actually old souls. Haunting vocals, catchy beats, thoughtful lyrics, and a whole lot of fan buzz have made Arizona's Consider Me Dead poised to be the next big electro pop band for the asymmetrical haircut crowd. Live, our beat gurus dance around stage while crooning to the adoring audience. They also add a third member -- a flesh and blood drummer to fill out the sound and add some oomph to these already impressive tunes.
Photo Gallery: 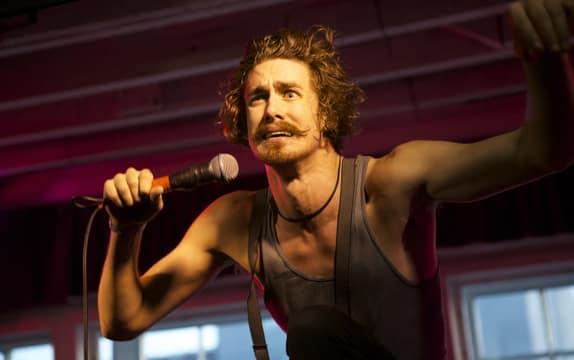 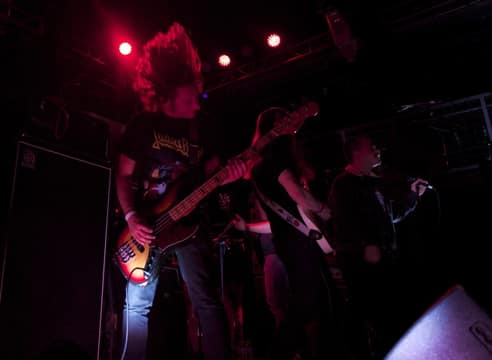 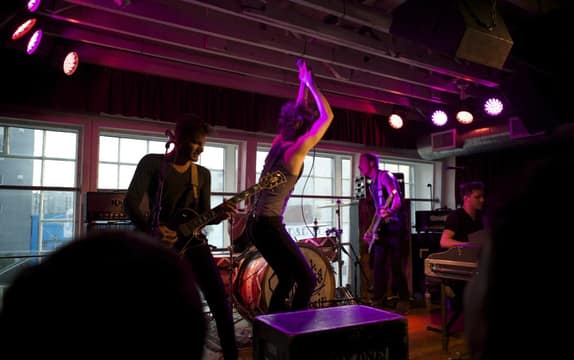 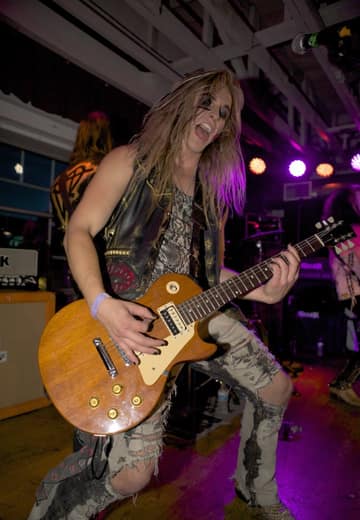 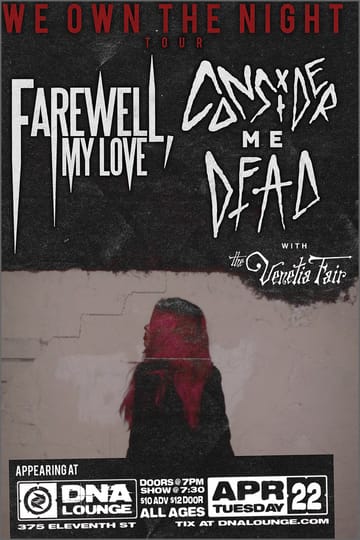 Farewell, My Love: Mirror, Mirror
The Venetia Fair: The Day I Set Them Free