Tesseract
Intronaut
Cloudkicker
Autonomist
Tesseract has been lowering the tone since 2007, as prog metal acts are wont to do! How prog can you get and still be faithful to metal? TesseracT walks that fine line with grace, using distortion, palm-muted chords and straight-up guitar wizardry. The five piece from the UK are taking over the genre, with grooves that are unexpected even for a prog-metal band. The newest album's title says it all: "Altered States." This is the kind of music for metal heads who prefer grey to black, and prefer reading history or sci-fi to satanic worship (not that there's anything wrong with that! Hail!). Heavy on the technicality, which should be expected for a band named after a math geometry concept, TesseracT is a music nerd's dream -- still pretty brutal, but ethereal at points -- it's hard to find avant garde metal that is actually listenable. Recently, the band added a new vocalist to the line-up, which might worry longtime fans. But fear not, new singer Ashe, who prefers soft vocals to harsh, is a perfect fit for the djent band. Live, expect a ridiculous amount of drum cymbals and great, great intensity from all involved -- knees will be bent, bodies will be swaying in place, heads will be staring right at you and thusly there will be very little heavy metal hair flipping, but when it does happen...it's magical.

Post-prog LA band Intronaut admits to being on the verge of jam band territory. It must be hard to curb the jam appeal on stage when you have such talented players -- ones who know how to manipulate technicality and complex rhythms to make music for cerebral metal heads who don't mind a little mystery. Along with their labelmates TesseracT, Intronaut is helping to advance the prog-metal sound with their years of touring and four albums of lush, almost jazz-influenced metal. Opening for bands like Tool, Mastodon, and Meshuggah is an honor reserved for pioneers like Intronaut, who don't play your usual metal but an abstract and technical creation all their own. Their latest release is an intricate, well-crafted and produced LP that comes complete with its own subtitle: "Habitual Levitations (Instilling Words with Tones)"...you know this is metal for the literary set. Widely touted as having the best rhythm section in modern metal Intronaut will not disappoint, delivering a tight stream of alternately frenetic and melodic grooves, harmonized vocals, and energy live -- expect a bass and drum jam sesh at least once. It's catchy, it's abstract, it's prog, it's metal, it kinda defies everything you already know about the genre. Intronaut: a band ready to blow your mind.

A djent act with a romantic side, Cloudkicker has been making his brand of ambient metal since 2007. Metal of old left little room for ethereal, yet modern times seems to be changing the genre. Cloudkicker, who will make excellent use of the virtuosos in Intronaut as his backing band, creates both ambient soundscapes and vivid, heavy instrumentals that the metal fan craves -- ending all at once, to form some new, more interesting pattern. Complex guitars and pounding drums rise through the sounds to give your ear something to follow, though you could zone out completely to Cloudkicker. Even more complex are Cloudkicker's chosen titles for his tracks -- long beauties of literary function that read like introductions to the sounds you are about to hear: "A weather front was stalled out in the Pacific--like a lonely person, lost in thought, oblivious of time." That's a track name, not something pulled from a New Yorker article. Perhaps when you don't use lyrics, titles like "You could laugh forever but never end up happy" are important ways to show the soul of a song -- but I imagine the audience is going to get that message either way. Cloudkicker makes intelligent, heavy music that is progressive and thought-provoking -- some dark evolution of sound and noise that metal fans and sound enthusiasts alike are going to love regardless.
Photo Gallery: 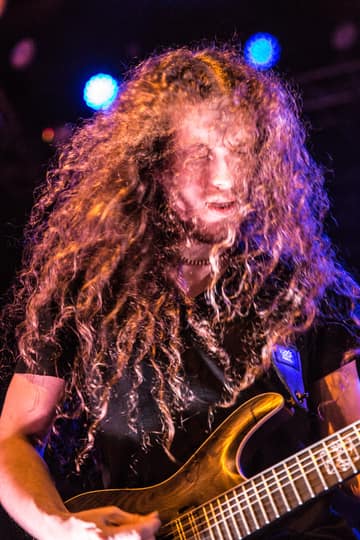 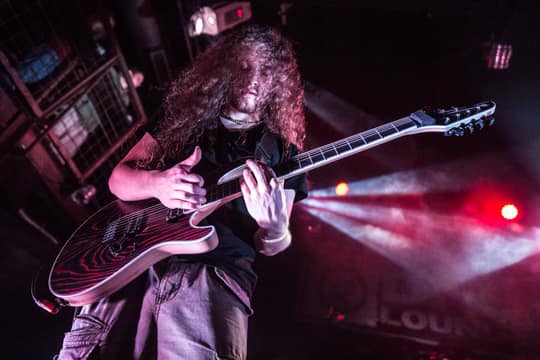 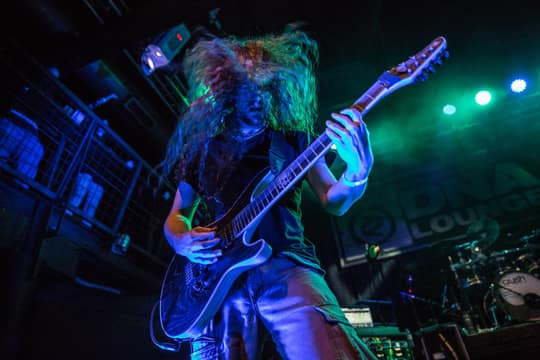 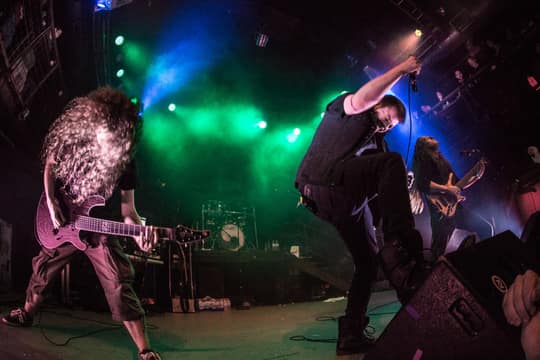 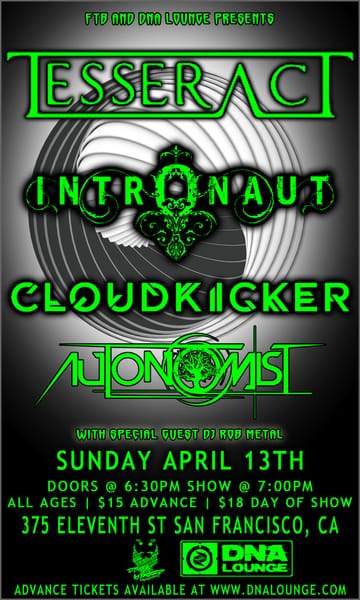