Destruction
Krisiun
Ex Mortus
Hemotoxin
Metal isn't supposed to be friendly, it's supposed to be scary, gory, and loud. Destruction fits thusly into the metal subgenre of thrash metal. Fast, loud, and ready to tear your ear drums out via their nuclear blast of thrash, Destruction is for seasoned metalheads and newcomers to metal fandom alike. Stellar solos rise from the growls, blast beats, and decidedly scary lyrics. And what would you expect from German metalers, anyway? Blast beats, satanic imagery, and years of experience make Destruction a well-oiled machine. The 1980s in Germany might not have been the most ideal time to start a band due to post cold war anxiety -- or maybe that made it the perfect time because Destruction rose to the top, touring with Slayer and making an indelible mark on both Europe and the US. Taking cues from UK metal legends like Iron Maiden and Venom, Destruction took their metal to a darker place -- some even recognize the band as one of the big influences on black metal. Destruction plays metal because Destruction loves the sound and the genre, which you'll definitely notice during the live set. Be prepared for a dark and stormy and loud, with precise metal musicianship and harmonizing yells in English and German. PS check out the band's official website for a surprisingly cute Q&A which asks each band member things like "favorite food" as if they were the Monkees.

Brazil is known for a lot of things: beaches, the world cup, sexy ladies. And now you can add death metal to that list because Krisiun is here to prove it. Founded in 1990 by three brothers with a shared passion for music, Krisiun has eight spectacular metal albums and one of the most extreme metal sounds. For a band that has been around for so long, it's hard to believe that they aren't as prominent as fellow Brazilians Sepultura, whose metal is less vicious but definitely more well-known. The band is respected by metal lovers of all genres for being faster and more violent than your average metal band, thus giving them their extreme reputation. Each album is quality, something that is hard to find with a band that has been around this long. And with their latest album, they definitely hold up their end of the bargain: it's fast, it's furious, it's almost more metal than you can handle. Krisiun has toured around the world, building a huge fan base in places far from home. When they take the stage, Krisiun unleashes a huge wave of metal energy to ensure that death metal will never die -- the technicality from each member is amazing, but what would you expect from brothers who have been playing together for decades? Headbanging is a must.

Ex Mortus: When you're holding your own against practiced metal bands from far away lands, you're going to have to be dark, loud, and amazingly talented. Luckily for our handsome boys from Whittier, Ex Mortus fits seamlessly into this line up. Catchy yet not too easy to digest, Ex Mortus brings us the best of many metal worlds, from death to thrash and back again -- don't be surprised if you hear, if just for a moment, a twinge of prog amongst the classic metal riffs. New album "Slave To The Sword" hits all your metal high points: fast riffs, some dirge-y sounds, blast beats, battle-ready lyrics, an intelligent Beethoven homage, and quick change ups between melodic metal and a thrashy good time. Two lead guitarists make for a guaranteed good time for all you instrument enthusiasts, and if you just want to get deep and dark and warlike, they have you covered! As if I needed another reason to sing the praises of Whittier, CA.
Photo Gallery: 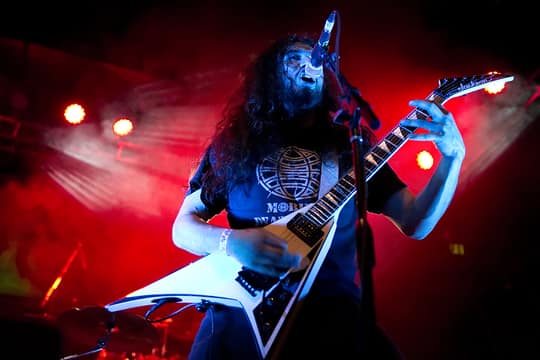 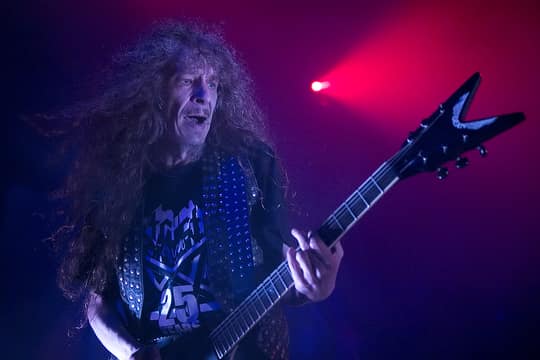 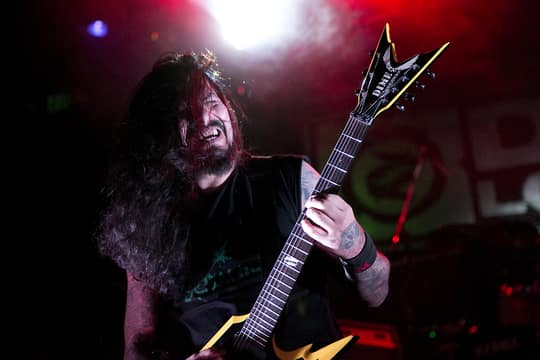 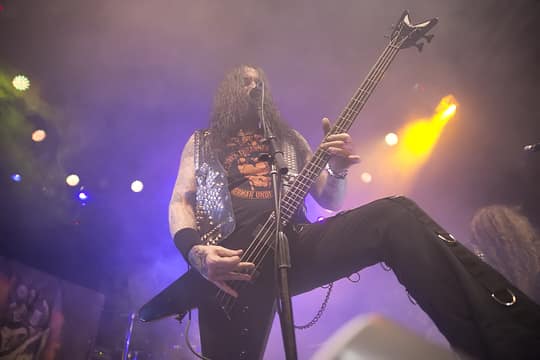 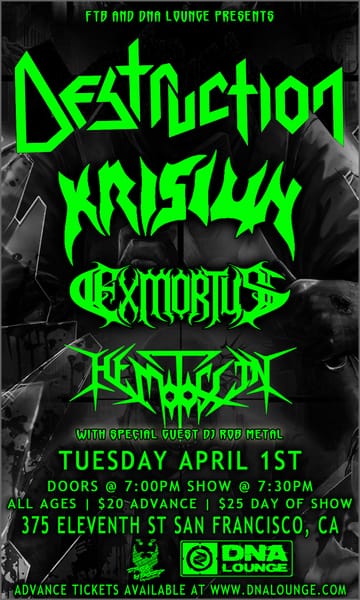 Destruction: Nailed To The Cross
Krisiun: The Will To Potency
Exmortus: Triumph By Fire
Past related events: